Accessibility links
Toxic Assets: What You Need To Know : Planet Money A quick overview of the bonds that fueled the housing boom, then went bust.

Toxic Assets: What You Need To Know

Toxic Assets: What You Need To Know 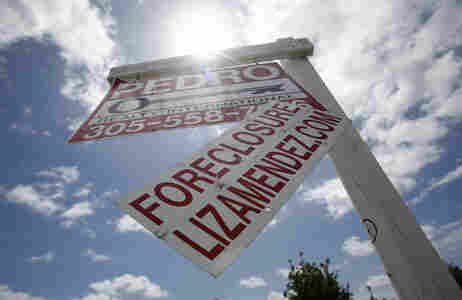 Planet Money, as you may have heard, bought a toxic asset. Besides serving as our team mascot, the asset -- a tiny sliver of a bond backed by home mortgages -- will give us an up-close look at what's happening with the bonds that fueled the housing boom, then fell apart in the bust. Here's a quick overview of the toxic-asset universe:

What are toxic assets?

"Toxic asset" is a loose term. But it often refers to bonds that were sold during the boom and were based, directly or indirectly, on home mortgages. In particular, it refers to bonds based on mortgages that didn't meet the criteria required by Fannie Mae and Freddie Mac, government-sponsored entities that guarantee lots of mortgages. If you want to sound fancy, you can call these bonds private-label RMBS (residential mortgage-backed securities).

Why are they toxic?

The bonds were sliced into different pieces, and many of the pieces were given high ratings by agencies such as Standard & Poor's and Moody's. This suggested they were safe investments. But once housing prices started to fall, it became clear that more people than expected wouldn't be able to pay their mortgages, and the bonds didn't seem so safe anymore. The ratings agencies began to downgrade many of the bonds, and their value fell. Nobody wanted to buy the things. Companies that owned them had to either sell them at a huge loss, or write down the bonds' value on their balance sheet.

What's happened to them since the crisis hit?

New issues of these bonds fell precipitously in mid-2007, and haven't really come back, Jerome Fons, a consultant who used to work at Moody's, told me. But the ratings agencies have continued to downgrade the bonds packaged and sold during the boom. In a report last month, S&P said it had downgraded 67% of U.S. RMBS issued between 2005 and 2007.

How liquid are toxic assets?

There was never much of a secondary market for these bonds, Fons said -- most people who bought them held onto them. Still, there is some trading. About $500 million of private-label RMBS trade in a typical day, according to the guys at Mission Peak Capital who helped Planet Money buy a toxic asset. That number may sound big, but there are about $4 trillion of these bonds outstanding. So only about $12 out of every $100,000 trades in a given day. By comparison, daily trading in a big company such as IBM amounts to about $500 for every $100,000 in stock, the Mission Peak crew said.

What does the future hold?

"At this point, given where most of the ratings are, we don't anticipate the types of severe rating changes that occurred in the recent past," an S&P spokesman told me in an email. "That said, we continue to observe deterioration in the performance of RMBS bonds across the board and continue to monitor our ratings."