Accessibility links
How An Indian Entrepreneur Learned To Love Paying Bribes : Planet Money Paying bribes went against his principles. Then his principles changed.

How An Indian Entrepreneur Learned To Love Paying Bribes

How An Indian Entrepreneur Learned To Love Paying Bribes 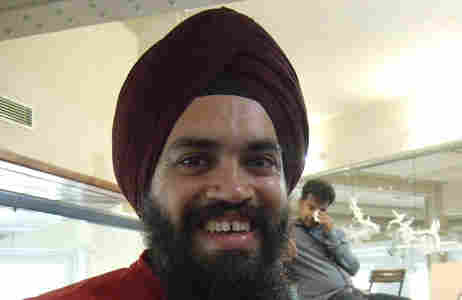 Planet Money's David Kestenbaum just got back from India. This, the first of several stories he'll be filing, is airing today on All Things Considered. We'll have a longer version on the podcast tomorrow.

Gagan Singh was 22 years old when he started a small business in Delhi, India, delivering telephone and Internet service. To get the business going, he needed to string up some wires and get licenses from the government. To make that happen, he had to start bribing people.

The first time he walked into an official's office to pay a $200 bribe, the official was "ultracool," making small talk and calling for tea, Singh says. "And I'm like, 'You bastard. I know what you want.' "

Singh had to bribe, basically, everybody: the lineman, the junior engineer, the senior engineer, their bosses. He hated it it. He didn't even want to be a businessman; he wanted to be an artist. Paying bribes went against his principles, he says.

Sing's 34 now. And somewhere along the line, his principles changed.

"Now I will pay bribes as much as possible," he says. "I ... even enjoy the process of paying bribes."

This may be more rational than it seems. In some cases, bribes may make economies work better, says Rema Hanna, a Harvard economist.

Singh says his principles now include: "Just get your things done." To that end, he recently bribed a building manager who was threatening to cut some of his cables. Now, after the bribe, the manager is looking out for Gagan.

"He's like, 'I'll make sure that nobody cuts them, and even if anybody touches them, I'll cut their balls off.' So It's like he starts working for you. What more do you want?"

Singh's business has grown over the years. Now he spends most of his time drawing.