Accessibility links
Kanellos, The Greek Protest Dog : Planet Money Next time you're watching a protest in Greece, keep an eye out for a yellow dog.

Ok, so maybe that's not the Kanellos. That Kanellos -- the Athenian anarchist's best friend -- died back in 2008, according to the AP. A few different Kanellos-like dogs have been seen at the recent protests, the AP says.

But don't tell that to the Internet. Instead, quote from Kanellos' Facebook page, which says the dog "has attended every major demonstration in Athens, Greece for the past two years."

Anyway. Here are more pictures of the Kanellos doppelgangers in action this year: 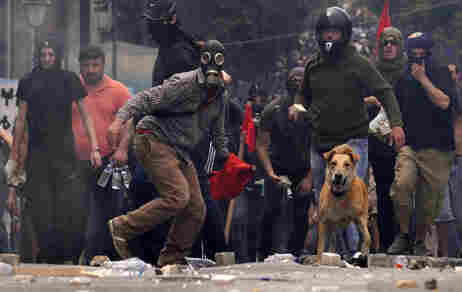 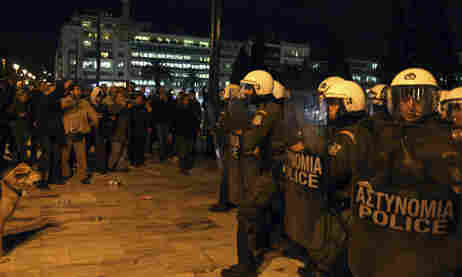 And here are a couple pics from 2008 (apparently, they were protesting for a while in Greece before the world took much notice). The protest dogs "appear to be immune to the effects of tear gas, but are very frightened when riot police use stun grenades," the AP says. 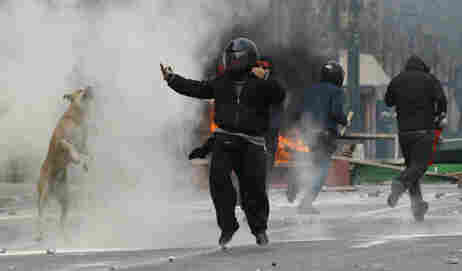 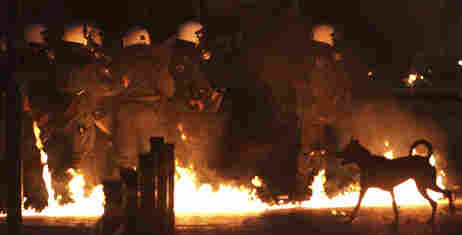 There are plans for more protests in Greece this week.