Accessibility links
Planet Money, Honey : Planet Money A while back, CNBC anchor Maria Bartiromo trademarked her nickname: "Money Honey." There was talk of an educational show for kids, maybe a Web site. But she apparently lost interest in using the name, and she let the trademark lapse. Sensing the... 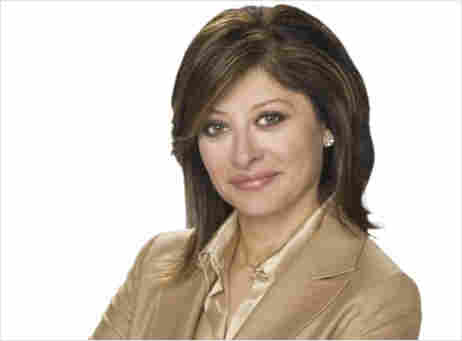 When we heard a while back that CNBC anchor Maria Bartiromo had let go of her trademark on "Money Honey," her nickname, we sensed opportunity.

We wanted to be the Money Honey.

So we applied for the trademark. Our dream: a line of Planet Money Money Honey products.

You can read our application here, on the Web site of the U.S. Patent and Trademark office. There are all these different categories for trademarks; our application includes caps and visors, as well as "headbands against sweating."

We were super excited — until we talked to a few intellectual property lawyers. They told us that a trademark isn't enough.

As it turns out, there's this whole other thing called a "right of publicity." Basically, that means that people can sue (and win) if you use, say, their nickname — even if they don't have a trademark.

Lindsay Lohan recently sued E-Trade over one of those talking-baby ads that included a reference to a milkaholic baby named Lindsay.

In another famous case, Vanna White sued — and won — after a Samsung ad showed a robot in blond a wig and evening gown, posed next to a game board like the one on Wheel-of-Fortune.

In a dissent in that case, Judge Alex Kozinski wrote that the decision subject advertisers to ...

claims often made by people with a wholly exaggerated sense of their own fame and significance. Future Vanna Whites might not get the chance to create their personae, because their employers may fear some celebrity will claim the persona is too similar to her own.

(Here's more on the right of publicity from James Boyle, a Duke law professor who we spoke to, and who agrees with Kozinski.)

To make matters worse, some people we talked to in the garment business told us visors aren't the way to go. Try T-shirts instead, they suggested.

But another dream was born: Planet Money T-shirts.

Shirts that we plan to follow from cotton field to factory, with input from marketing gurus and our listeners and readers. We'll have more on the t-shirt dream soon.

Correction: An earlier version of this post incorrectly referred to the "right of publicity" as the "right of privacy." Thanks to the commenter who pointed out our error.