Accessibility links
India's Economy Is Booming, But Not For Everybody : Planet Money India is a nation of a handful of billionaires — and 400 million people without electricity.

In India, there are a handful of billionaires, and 400 million people without electricity.

On today's Planet Money, we ask the question: With India's economy growing at 8 percent per year, why are so many people there still so poor?

We hear from economists, and from Umrao Singh, a 75-year-old cobbler who lives on the street in Delhi.

For more on Umrao and Indian poverty, read our post from last week. For an interesting take on pictures of poor people in the developing world, check out this blog post from a Canadian engineer working in Malawi. 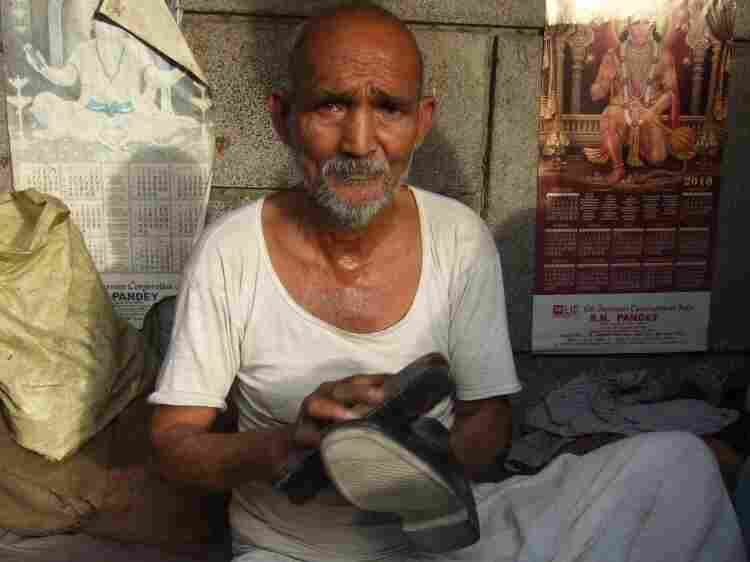 The first is logistics. Lots of resource-rich countries don't have national databases, clear census records or strong banking systems. So that makes it tough to hand out billions of dollars to millions of people, year after year.

The second is the fact that money is power. A government that's getting lots of money by selling natural resources may be reluctant to share the wealth.

"If the current guy in power does not want to give up power my idea has no hope of succeeding," says Arvind Subramaninan, an economist with the Peterson Institute.

He recently pitched this idea — unsuccessfully — in Nigeria.

We spoke with Emmanuel Egbogah, the presidential adviser on petroleum matters in Nigeria, where GDP per capita has fallen over the past several decades, as the government has been received hundreds of billions of dollars in oil royalties.

"The government builds roads, builds schools, hospitals," he said. "And the government is using that revenue to do all of this."