Accessibility links
The Friday Podcast: Good News From Haiti : Planet Money A shopkeeper left destitute by the earthquake gets a new life. And a village breaks ground on a center for washing and storing mangoes. 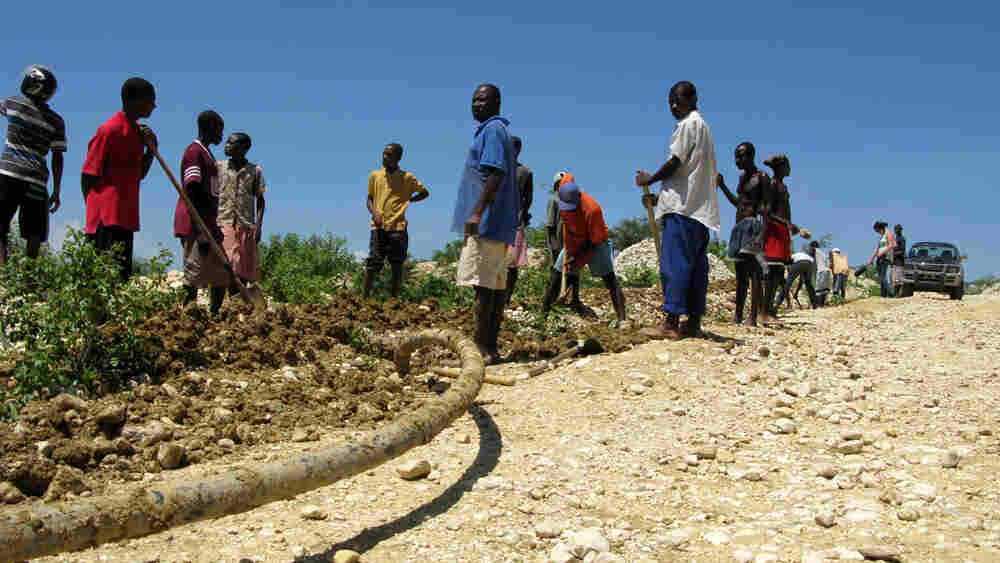 On today's Planet Money, we revisit two stories from Haiti. Both turned out better than we expected.

First, we hear from Yvrose Jean Baptiste, the Haitian businesswoman left destitute by the earthquake.

When we first met her in February, all she had to her name was a tub of chicken necks she was selling for a few pennies each. Now, she has money in the bank and her own stall in a bustling market. For more on Yvrose, read our post from this morning.

Then: mangoes. Earlier this year on This American Life, we told the story of how hard it was to build a little place where farmers could wash and store their mangoes.

We thought it would never happen. But -- right after that story aired -- construction began. A local leader even convinced the young men in the village to dig up 27 miles of unused pipe, and move it so that it can supply water to the center.