Accessibility links
Are We In A Cupcake Bubble? : Planet Money I think we're in the middle of a cupcake bubble of historic proportions. But maybe I'm wrong -- bubbles are tough to spot before they pop.

Are We In A Cupcake Bubble?

Are We In A Cupcake Bubble? 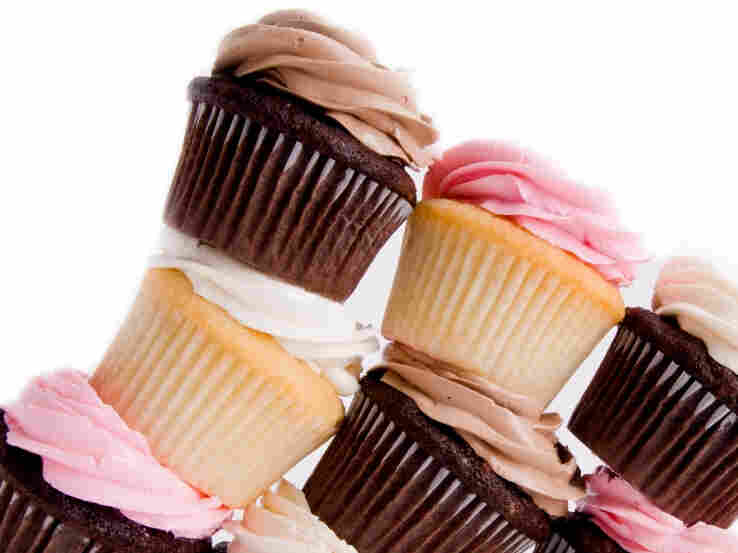 Is this sustainable? iStockphoto.com hide caption

I think we're in the middle of a cupcake bubble of historic proportions. I think in a few years, nobody will understand why we didn't see it.

"Did they really think cupcakes were different than cake?" the world will ask after the cupcake market implodes. "Why did they wait in those ridiculous lines just to buy cake?"

Brownies, meanwhile, aren't getting the respect they deserve. Delicious little chocolatey squares, so much denser than cake!

If I were playing the dessert market, I'd have shorted cupcakes and gone long brownies the minute "Sex and the City" went off the air. But if I'd done that, I'd be underwater today: The cupcake movement has only grown, while brownies remain inexplicably overlooked.

The latest employment report from New York City only compounds my rhetorical losses.

Employment in the restaurant and bar industry is picking up in the city -- with particular strength in the cupcake business, according to the WSJ's Metropolis blog.

"One segment of the industry that seems to be adding the most outlets is cupcake cafes," says a report quoted by the WSJ. "This could be a fad, or not."

But bubbles are notoriously difficult to spot -- just ask Alan Greenspan. And pessimists like me, forever arguing that the bubble is about to pop, are as likely to be wrong as the optimists arguing that we're on the cusp of a New Cupcake Era, headed for Dow Cupcake 36,000.

Spot the Bubble: If not cupcakes, then what? What social bubbles are we in the middle of right now?