Accessibility links
When Cities Go Bankrupt : Planet Money What happens when a city runs out of money? 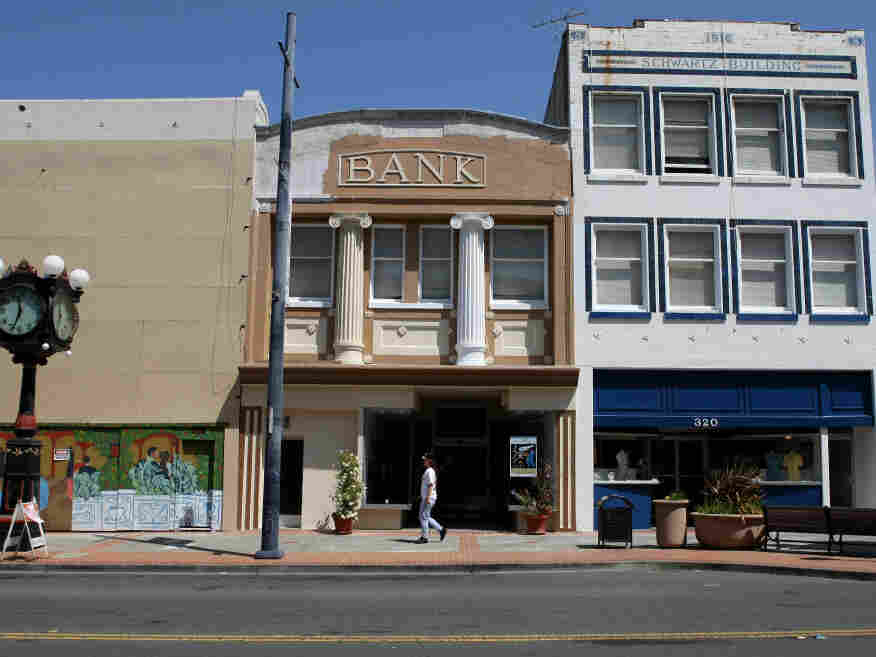 The city of Vallejo, Calif. filed for bankruptcy on May 23, 2008. Justin Sullivan/Getty Images hide caption

Maywood, Calif. recently became the first U.S. city to lay off its entire workforce and outsource all of its municipal jobs.

It's kind of like your neighbor coming in to watch over your house and water your plants while you’re on vacation, filling in for all your household duties while you're gone — except this is an entire city we're talking about, and it’s for the foreseeable future.

Maywood outsourced itself because it was unable to buy insurance due to a history of lawsuits, NPR reported. It was also facing a big budget deficit.

The story piqued my interest about cities going bankrupt. So I called Mike Buckley, a lawyer at Reed Smith who has been practicing bankruptcy law for over 30 years.

"Very few honest to goodness cities file bankruptcy," Buckley told me. "It's hell. ... A city is a very complicated financial entity no matter how you look at it."

The most recent case of a big city filing for Chapter 9 is Vallejo, Calif., which filed in the spring of 2008 and has yet to exit bankruptcy.

"Vallejo got to where it is because it simply ran out of cash," said Matt Fabian, managing director of Municipal Market Advisors, a firm that studies the municipal bond industry.

Fabian said that unlike Vallejo, most cities and counties that end up filing for bankruptcy have experienced an "enterprise failure" — a steam-plant development fails, say, or some big construction project doesn't pan out.

Chapter 9 bankruptcy code basically allows a city to remain in charge of its affairs, and do things like reject labor agreements and defer payment obligations, all while it works on a plan of reorganization.

When Orange County, Calif. went bankrupt in 1994, bonds sold by every city and county in the state lost value, Fabian said. Even Orange County, N.Y., by having the unfortunate luck of sharing the same name, felt the repercussions.

So what exactly does city bankruptcy look like for the average citizen?

Not much more than an ordinary downturn, Buckley said -- grass is cut less often, firefighter shifts are down, public libraries are closed. Being in a state of bankruptcy is often just a way for municipalities to get their financial matters in order.

"There is no magic wand," Buckley said. "Declaring bankruptcy does not perform a miracle. It just sets the stage."

Harrisburg, Pa., could be the next big city to file for bankruptcy, NPR reported recently. Its failed enterprise: an unsuccessful revamp of an incinerator, which has left the city $288 million in debt.