Accessibility links
Internet Gambling Could Generate Billions for the Government : Planet Money Congress is considering legalizing and taxing Internet gambling, a move that could generate billions of dollars in tax revenue for the government.

Internet Gambling Could Generate Billions for the Government

Internet Gambling Could Generate Billions for the Government 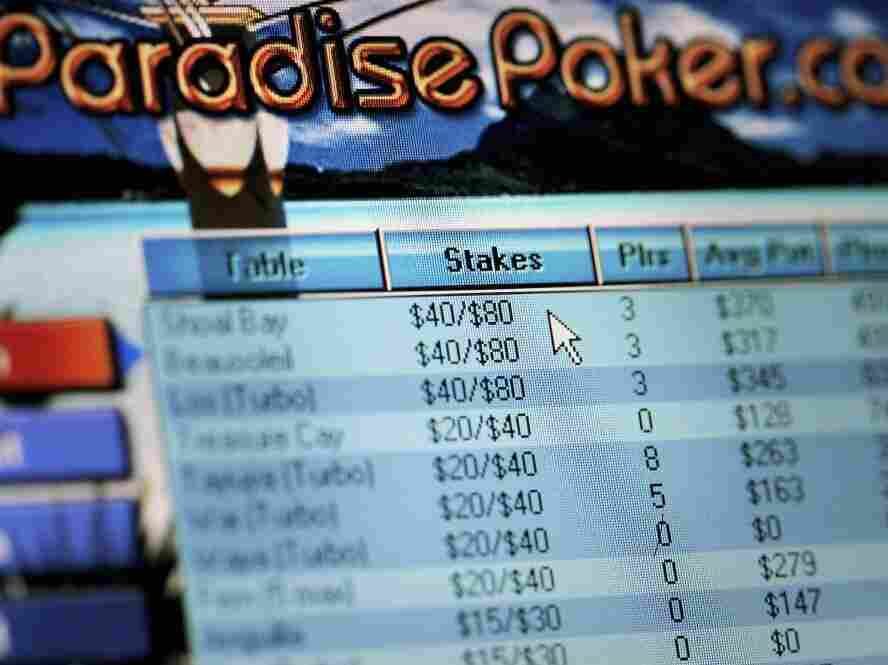 Faced with huge budget shortfalls, Congress is considering legalizing and taxing Internet gambling, a move that could generate billions of dollars in tax revenue for the government.

A House committee yesterday approved a bill that would legalize online poker and other non-sports betting. A companion bill, which has yet to be voted on, would allow the Internal Revenue Service to begin taxing online gambling businesses.

"This is money sitting on the table," a spokesman for a Washington-based Internet gambling initiative told Bloomberg News.

It was just 4 years ago that lawmakers voted to effectively ban this type of gambling, by barring banks from processing payments to offshore gambling websites. Many of the Republicans who voted for that bill say they are horrified by the idea of overturning it.

"After all the talk last year about shutting down casinos on Wall Street,” Representative Spencer Bachus of Alabama told the NYT he was incredulous that members would vote to “open casinos in every home and every bedroom and every dorm room, and on every iPhone, every BlackBerry, every laptop.”

But those who support the new legislation say it simply comes down to dollars and cents.

"I have opposed this bill for years, but I am slowly changing," said Rep. Brad Sherman, D-Calif. "The best reason for this bill is the prospect for revenue."

Supporters of the bill estimate that taxing Internet gambling could generate as much as $42 billion over 10 years for the federal government.