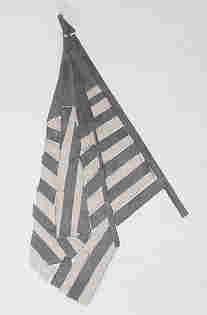 Uncle Sam still hits up Americans for income taxes, even if they live overseas and haven't set foot in this country for years. Plenty of Americans think this is unfair-- so unfair they're trying to ditch their citizenship, the Financial Times reports.

The U.S. tax policy differs from many other countries, including the United Kingdom, which doesn't charge its citizens living overseas income tax on their earnings.

Given the number of people clamoring to acquire U.S. citizenship, you might think giving it up would be pretty easy. Not so. It tends to be the better-off people who want to cut loose their ties, and the Internal Revenue Service doesn't like it.

But a tax-law change a couple of years ago made it a bit easier, at least for those with net assets of $2 million or less. That group doesn't get charged the exit tax their richer contemporaries face.

The Financial Times reports the U.S. Embassy in London faces a backlog of people applying to give up their U.S. citizenship, with no appointments available until February. About 189,000 Americans live in the United Kingdom, according to the U.K.'s Office for National Statistics.