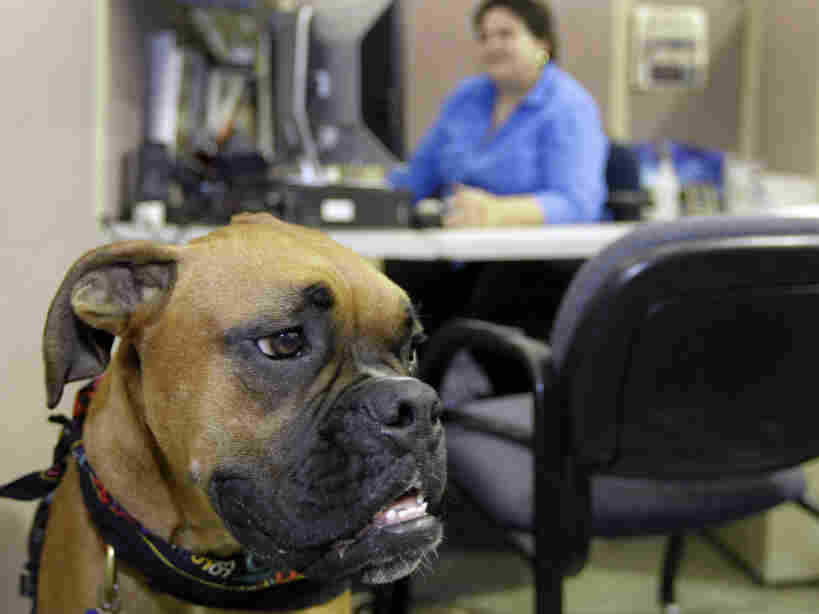 Researchers at Central Michigan University wanted to know if dogs-- long acknowledged as catalysts for friendship-- had any workplace benefits.

To find out, they gathered groups of four people and gave them a project, the Economist reports. Each group member had to create a fake advertisement, and each group member was asked to weigh in on their teammates' ads. At the end, each group had to choose one of the ads. Some groups worked on the projects while a dog wandered around.

Afterwards, each group member rated colleagues. The groups with a dog "ranked their team-mates more highly on measures of trust, team cohesion and intimacy than those who had not," the Economist writes.

In a second experiment, each member of a four-person group was charged with a fake crime. Then, they were given an opportunity to either turn in teammates, or stand by them.

The team members with dogs around were 30% less likely to ding the others. The Economist's conclusion: more dogs in offices and fewer in police stations.