Accessibility links
Markets And Conspiracy Theories : Planet Money Market watchers say an obscure and gloomy indicator called the Hindenburg Omen is coming into play. It looks like the market equivalent of a conspiracy theory. 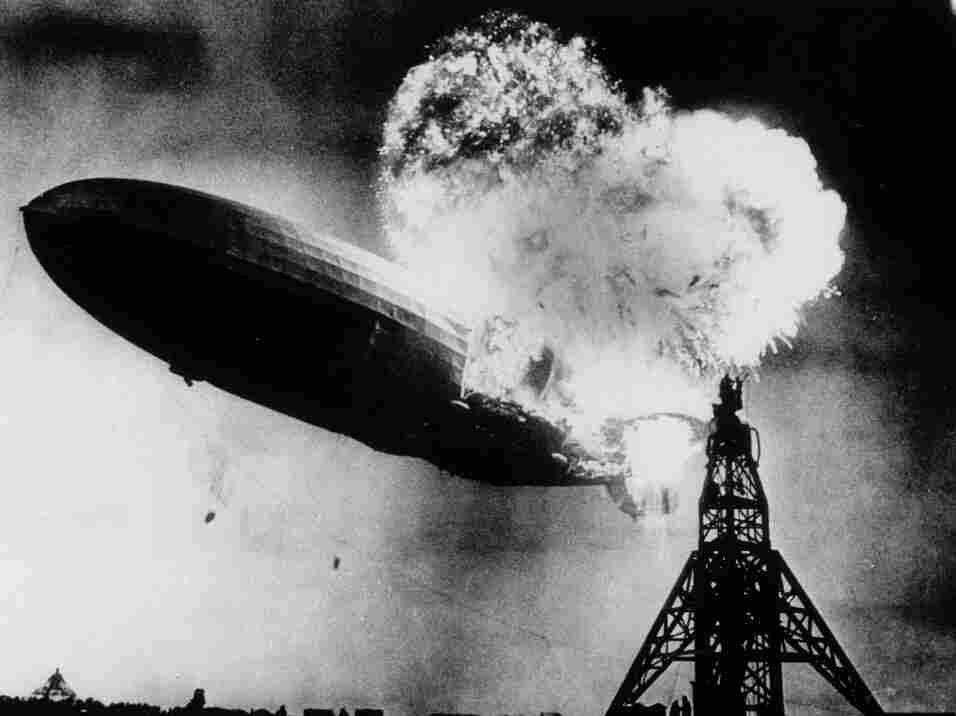 Markets are abuzz over a Hindenburg sighting-- not the famous blimp, but an obscure market indicator that believers say presages gloom and doom.

The Hindenburg Omen is complicated, but essentially, it measures contradiction and uncertainty in the stock market. If all its conditions are met-- and this time we are only partway there-- it signals a slide in share prices.

This is the stock market equivalent of laying blame for the World Trade Center attacks on the U.S. government, or claiming that Queen Elizabeth is a member of a shadowy group of lizard people.

Scholars who study conspiracy theories tell us that the human mind desperately seeks to find order in chaos-- and that is exactly what is going on as technical analysts try hard to make sense of an erratic stock market.

Sewell argues that so many people believe in technical analysis because of psychological reasons. If enough people repeat the claim that we are in a certain market pattern, others start to accept it without looking at the facts. People think selectively and look for evidence that confirms their beliefs, and ignore evidence that refutes it.

So back to that Hindenburg Omen-- which, by the way, is part of a family of creatively named market patterns like "Three Black Crows" and "The Cup and Handle."

Fans of the Omen, whose reappearance was first reported late last week by zerohedge.com, say it has predicted most major market crashes for almost 25 years. Others say it has occurred many times without being followed by a market crash. Tom Petruno of the Los Angeles Times points out the Hindenburg Omen was AWOL during the market slide of May and June.