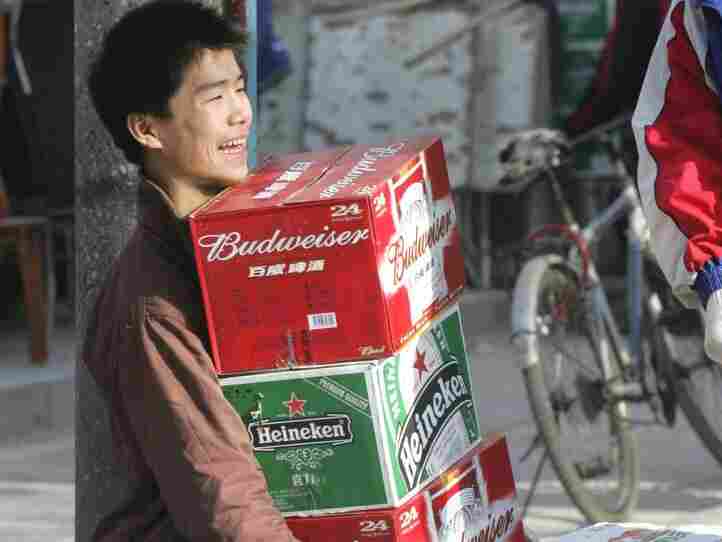 That's the argument analysts at Credit Suisse have laid out in a series of reports touting the beer and the alcoholic beverage sector. But there's hope for thirsty Brazilians and Chinese, the analysts say: It's just a matter of time before they start guzzling almost as much beer as Americans and Europeans.

The analysts looked at average beer consumption per capita-- 80 liters per year on average in developed countries (it would have been higher, but wine-loving French dragged down the average). That compares to just 56 liters in Brazil, 32 in China, and 1 in India.

CreditSuisse went through this exercise so it could advise its clients on which beermakers to invest in (of the beverage companies the bank follows, SABMiller has the most emerging-markets exposure, and PernodRicard the least). Its reports, available to clients only, are chock full of charts tracking variables like global beer prices versus consumer confidence.

Despite relatively low per-capita consumption, China surpassed the U.S. as the world's biggest beer market by volume sales in 2002.

Raising prices there and in other emerging markets will be key to helping beer companies gain an extra $4 billion in profits over the next few years that the analysts reckon is there for the taking. Of course, the ability to raise prices depends on how much relatively low household incomes rise in those countries. Beer in Asia-Pacific costs around $2.20 a liter, CreditSuisse reports, compared to $3.70 in North America and $4.90 in Western Europe.

But suppose people turn to spirits instead? No worries, CreditSuisse concludes. Developing economies are expanding at a decent pace, and sometimes well over decent-- China's GDP growth is still north of 10%. "Beer consumption is more closely tied to economic growth than spirits," the analysts write.