Accessibility links
Ivy Grads Outperform Their Public-School Colleagues on Loan Repayments : Planet Money Once again, Harvard tops a ranking table. This time, it's about how good graduates are at repaying loans. 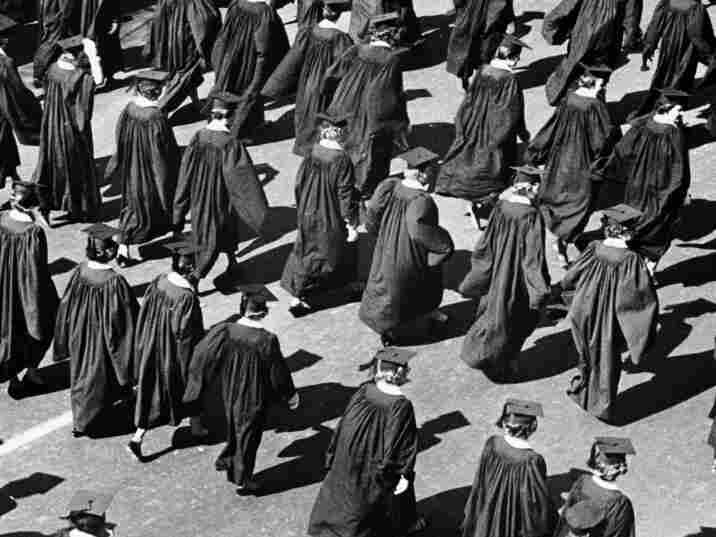 Which graduate is more likely to honor a loan-- riff raff from a state school or a savant from one of the Ivy League Universities?

Sorry, champions of public education. The eight Ivies have a mean average repayment rate of 74.6%, according to new data from the Department of Education. That compares to 70.6% at the eight public Ivies-- the publicly funded universities that are considered to provide an education on par with the Ivy League. Rate of repayment means the percentage of outstanding principal balance of the Federal loans that has been repaid or is being repaid.

Harvard, at 84%, topped the list. (Its business school, at 88%, did even better.) At 79%, The College of William and Mary and the University of North Carolina at Chapel Hill tied for first among the public Ivies.

Brown University and Miami University of Ohio were the duds among the the groups, with repayment rates of 63% and 62% respectively.

This is the same study that has received so much attention over the findings on the high levels of debt among students who attend for-profit schools. The study measured debt levels at all schools, public and private. To look for your school, click here, scroll down to the bullet point that says "Cumulative Four-Year Repayment Rate by Institution," and open the Excel file.

University of Michigan at Ann Arbor 69%

University of Texas at Austin 71%

University of Vermont at Burlington 63%

University of Virginia at Charlottesville 69%