Accessibility links
As Interest Rates Fall, Credit Card Rates Keep Rising : Planet Money Interest rates on almost everything are near historic lows. But credit card rates are the highest they've been in more than a decade. 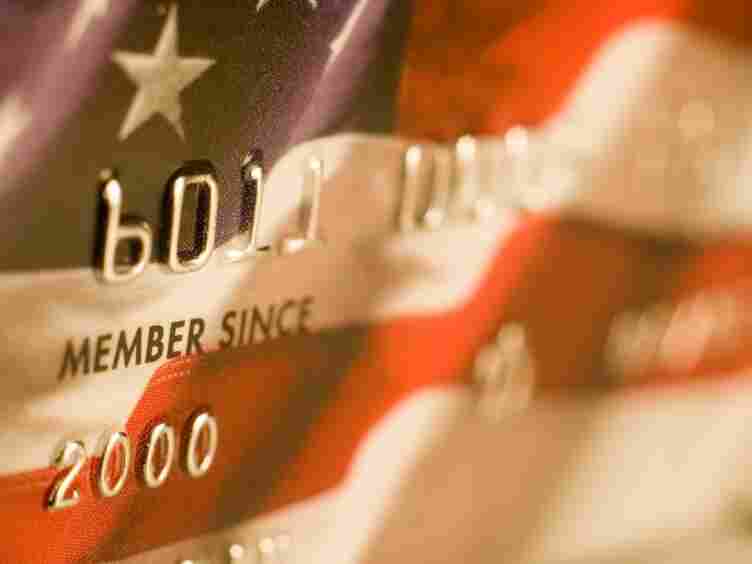 The average interest rate on credit-card debt recently hit 14.7 percent -- the highest level since 2001, the WSJ reports this morning.

The news is particularly striking because interest rates on almost everything else -- mortgages, savings accounts, etc. -- are near historic lows. The gap between credit card rates and the prime rate is the biggest it's been in at least 22 years.

And the Fed's policy of superlow interest rates allows the banks themselves to borrow money at an interest rate that is close to zero, which has been a boon to bank profits.

The banks explain the high credit-card rates by citing new federal rules that limit them from charging penalty fees, and restrict their ability to adjust rates on the fly. And a higher percentage of credit-card borrowers are failing to repay their debt, which also leads to higher rates.

Carolyn Maloney, the Congresswoman who sponsored the law the created the new rules, tells the WSJ that it's better to "know up-front what the interest rate is, even if it's higher, than to be soaked on the back-end by tricks and hidden fees."

Meanwhile, since the credit mania ended in 2008, the number of open credit card accounts in the U.S. has fallen by more than 23 percent, according to this New York Fed report from last week -- but even after that steep decline, Americans still have 381 million credit cards.