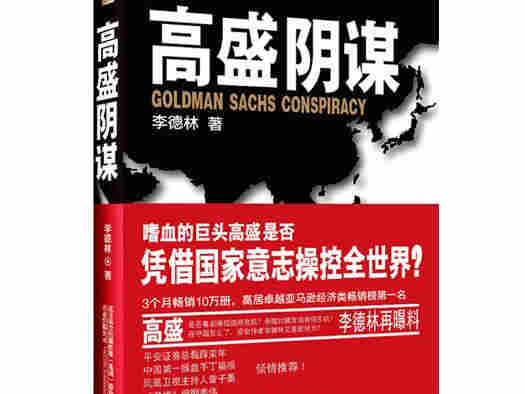 "Like a fox chewing a bone, Goldman Sachs knows the rules of the game and when to go for your neck," the book says.

Goldman's office in Beijing refused to comment, according to the AP. The book notwithstanding, Goldman seems to be doing well in China; among other projects, the bank worked on the huge Ag Bank IPO earlier this year.

"Goldman Sachs Conspiracy" was written by a guy named Li Delin, whose previous works include "Who Killed Toyota: the Truth of America's Attack," and "Eliminate All Competitors — How Goldman Sachs Wins Over the World."

The new book includes some language that has an anti-semitic ring to it; it says that Goldman "has the IQ of an Israeli Shar Pei Dog," the blog Sinocism noted earlier this week.

The author told Forbes that this language was inserted by the publisher without his knowledge.