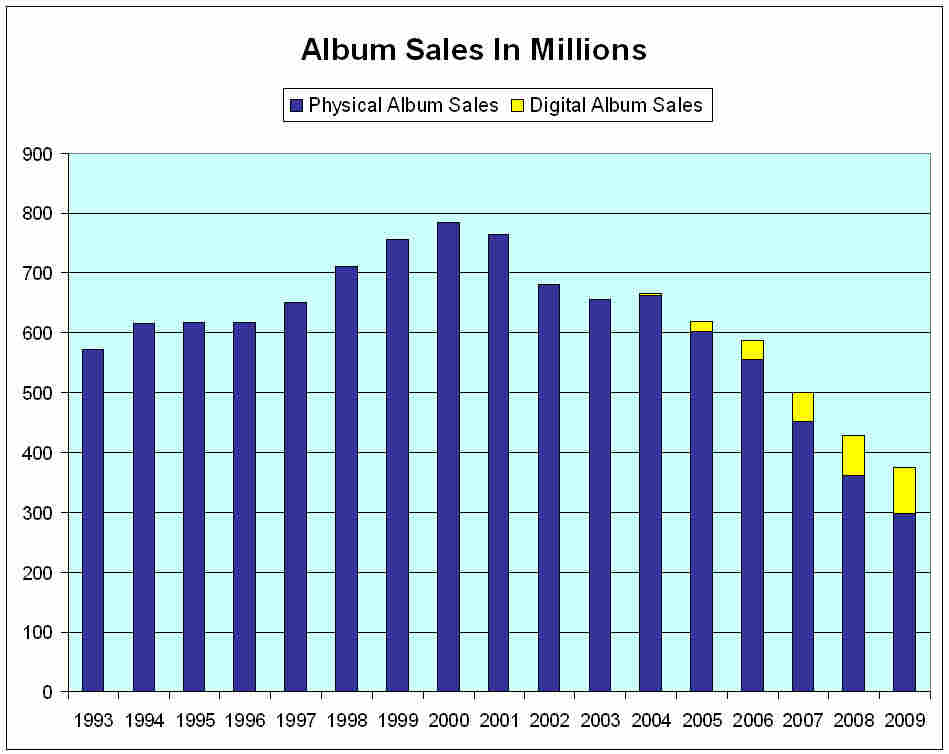 The month of August -- like, basically, every month for the past 10 years -- has not been kind to the music industry.

As you can see from the chart above, album sales have been on a steady decline since their peak in 2000. Digital album sales are growing, but not fast enough to make up the decline in sales of CDs.

So far this year, album sales are down 12 percent compared to the total sales at this time last year, according to Billboard.

Despite the dwindling album numbers, there is one bright spot for the industry: digital sales of single tracks. From 2004 to 2009, digital track sales have grown over by nearly a factor of 10, from 140 million units sold in 2004 to 1.2 billion in 2009.

Of course, if you figure that roughly 10 tracks equal an album, 1.2 billion track sales are worth 120 million album sales. So even if you add in all those individual track sales, total sales are still way down from where they were a few years ago.

For more on the music business: Listen to our interview with Damian Kulash, lead singer of OK Go.