Accessibility links
How Wall Street Made The Mortgage Crisis Worse : Planet Money Some bankers had evidence of problems with mortgage investments before the financial crisis hit. Rather than wind down this business, they sped it up using financial trickery. 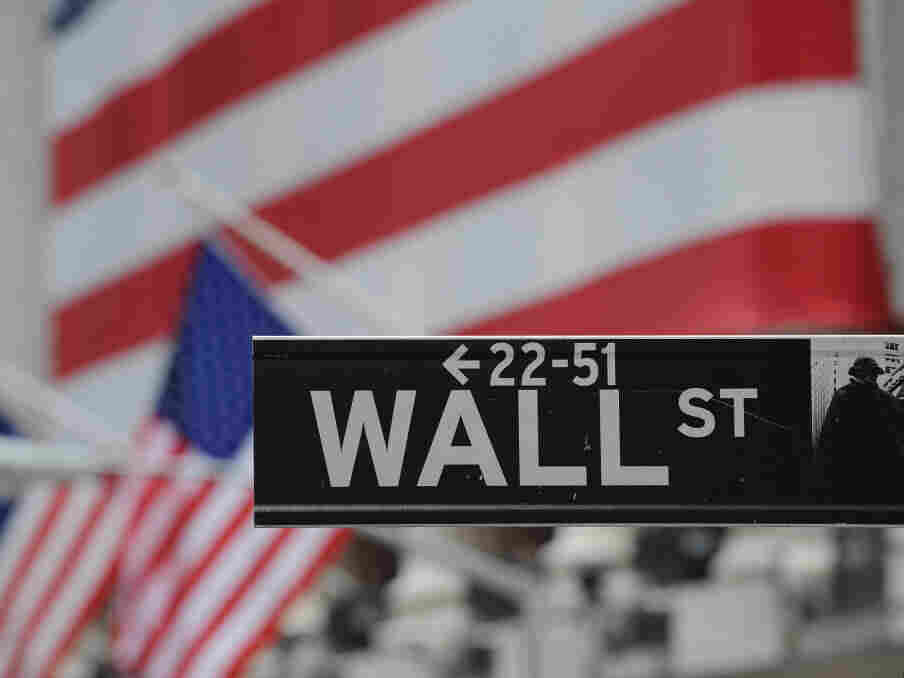 Planet Money partnered on this story with the investigative reporters at ProPublica. For more, see ProPublica.org.

I'm going to cut to the chase and tell you our conclusion first.

We believe we can show that some Wall Street bankers had evidence, a year or two before the financial crisis hit, that there were serious problems with subprime mortgage investments.

Rather than wind down this business, they sped it up using financial trickery. These people earned huge bonuses for their actions. They also made the crisis considerably larger and more damaging.

The folks we're talking about work in the CDO department of big Wall Street banks -- "the sexiest place to work on Wall Street," in the words of Jake Bernstein, one of the ProPublica reporters who worked on this story.

CDOs -- collateralized  debt obligations -- were the primary way that big banks turned those subprime mortgages into what we now think of as toxic assets. But back in 2006, they were just the hot new part of the industry. The people working on CDOs could make millions of dollars a year, but their income depended on how many CDOs they sold.

I think of a CDO like a sausage. Take meat nobody wants, toss it in a grinder, and out comes something delicious.

With CDOs, you buy a bunch of unattractive bonds backed by subprime mortgages, put them all together, then sell off pieces of this new structure. And, like sausages in a diner on Sunday morning, CDOs were incredibly popular.

"CDOs, they are the heart of the American boom," says Jesse Eisinger, the other ProPublica reporter on the story. "Everyone wants them.  Pension funds, insurance companies, small banks around the world."

For about five years, during the housing boom, CDOs grew dramatically. Then, in the summer of 2006, the market started to cool. For the first time, lots of customers started saying no to the bankers selling CDOs.  Customers like Peter Nowell, with the Royal Bank of Scotland.

"There were a lot of things that were being relaxed on a credit perspective over that time as people wanted to push out more and more deals," he says. "Too many California mortgages. Too low credit scores."

Customers kept saying: We'll buy parts of the CDOs, but not the risky parts -- the worst 10 percent or 15 percent.

"This is a big problem for Wall Street, because Wall Street has the assembly line going," Eisinger says. "Any hitch is going to be a big problem.  It's going to stop the fees and those bonuses at the end of the year."

"It was definitely the hard sell," he says. "Frequent calls. Wanting to take you out for dinner. And encouraging you to invest early and invest often."

The hard sell wasn't working.  No matter what they did, the investment banks were stuck with the least attractive bits of their CDOs.

"What's happening is it's piling up and piling up," Eisinger says. "So they have this big problem. They've got it all coming in through one end and it’s harder ... to get it out the door. So they need to figure out how to sell this. How to move it out of there."

This is where the trickery comes in. To explain it, let's go back to the sausage analogy.

Say I'm a sausage grinder. My sausage is selling great.  Until one day, my customers say they don't want the ends, the ones with those nasty knots.

Pretty soon, I've got all these end bits piling up on my counter. I'm worried it's going to turn off customers.

This works for a while.  But eventually, I'm making sausages that are made up entirely of nasty end bits.

With Wall Street, when they recycle a CDO and shove a nasty bit back in the blender, they mark it as a sale. As if they found a real customer.

"In fact, a lot of the business is an illusion," Eisinger says. "The CDO guys are orchestrating the demand."

What we're describing didn't cause the crisis.  We already were well into a housing bubble that was surely going to burst and cause financial pain.

But, by delaying the onset of the crisis, and allowing another year of bubble expansion, this financial trickery all but certainly made the crisis bigger and more painful.

We asked the banks involved for comment.  A spokesman for Merrill Lynch said the company has a new owner, Bank of America, and they wouldn’t comment on actions taken under previous ownership. A Citigroup spokesperson told ProPublica that they cannot comment because the Securities and Exchange Commission is investigating.

We asked the Gregory brothers over at Auto-Tune the News to help us turn part of this story into song. Here's what they came up with:

This is the second story that's come out of our partnership with ProPublica. Here's the first story, the Magnetar Trade -- and here's the show tune that went with it.