Accessibility links
The Scariest Boring Phrase In Finance : Planet Money Usually, people try to pump up the drama when they tell a story. Sadly, a lot of people in finance have the opposite instinct.

A lot of people try to pump up the drama when they tell a story. I caught a fish that I swear was bigger than my sister -- and you should have seen the teeth!

Sadly, a lot of people in finance have the opposite instinct. They take dramatic things and use complex jargon to make them sound as boring as possible.

But finance people describe the situation like this: "Sovereign credit spreads in Europe are widening."

So what does that mean?

Imagine two people who want to get loans from the bank. 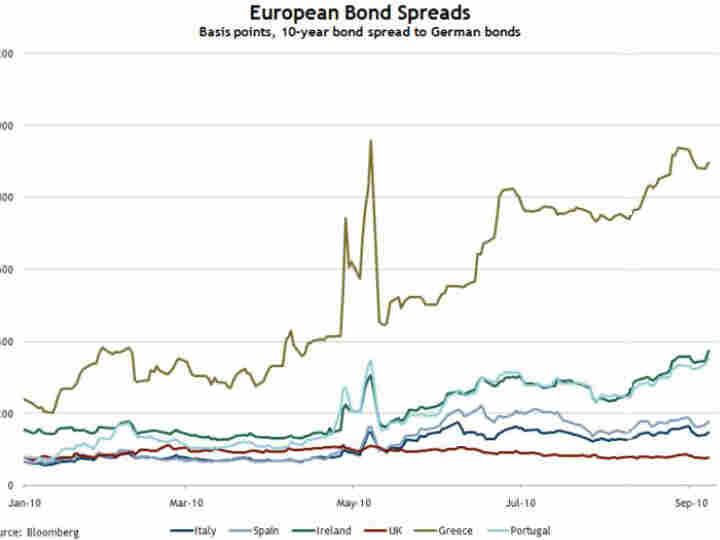 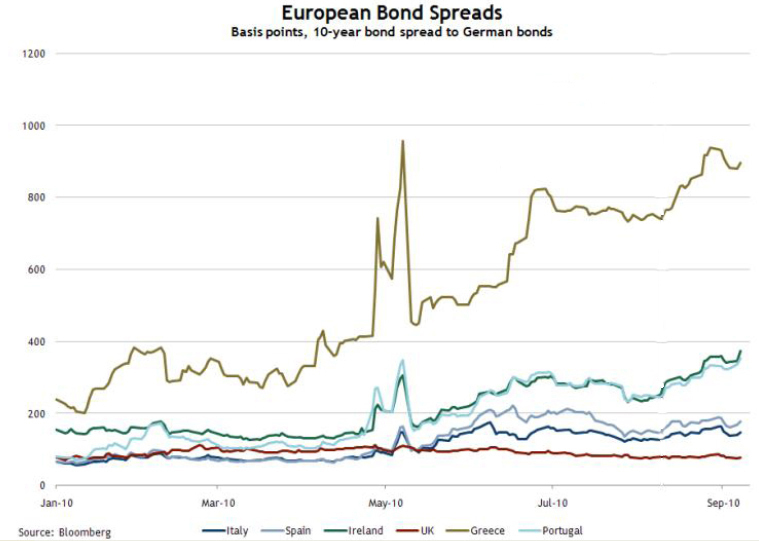 One guy is a financial basket case -- horrible credit score, sketchy job history, lots of debt.  The other one is a model financial citizen -- solid job, sterling credit history, low debt. They both apply for the same loan at the same bank.

Let's go back to Europe.  Germany is the model citizen there -- the country that everybody's glad to lend money to. So when Germany borrows, it pays a very low rate.

But Ireland, Portugal, Spain and Greece are looking more and more like basket cases. Lenders are charging them higher interest rates, even as Germany's rate stays low. In other words, credit spreads are widening between Germany on the one hand and Portugal, Ireland, Greece and Spain on the other.

This week, there aren't terrified newscasts about the imminent collapse of the European economic system, like there were back in April.  This week, there's just that dull phrase: Credit spreads across much of Europe have widened.

But that actually means things may be worse now than they were in April. There is a growing fear that Europe has not gotten its financial act together and is in even more serious financial trouble. If credit spreads widen more, we could see an already sick global economy get much worse.

And this serious, dramatic fact is right there, hiding in plain sight, on the business news pages behind the dull phrase, "credit spreads are widening."