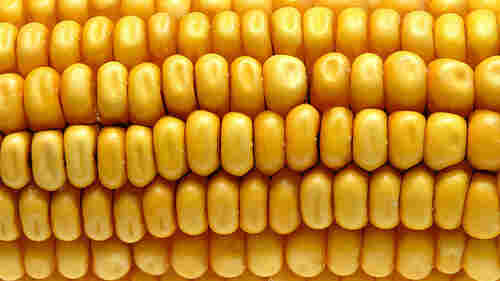 Perhaps unsurprisingly, America's corn refiners said today that they want the FDA to let them use "corn sugar" as an alternate name for "high fructose corn syrup."

This kind of food re-branding has an illustrious recent history.

High fructose corn syrup -- a sweetener made cheap by government farm subsidies, and found in all kinds of processed foods -- has been much maligned in recent years, what with the obesity epidemic and all.

As food companies have brought out products that use other sweeteners instead of high fructose corn syrup, Americans' consumption has been falling. (Falling, of course is a relative term: We still eat more than 35 pounds per person, per year, according to the AP.)

Fructose is indeed bad for you -- it's full of calories, and it doesn't make you feel full.

In their statement today, the corn refiners talk at length about about how lots of people (unsurprisingly) think high fructose corn syrup is higher in fructose than other sweeteners.

"The term 'corn sugar' succinctly and accurately describes what this natural ingredient is and where it comes from -- corn," the group's president says in the statement.