Accessibility links
Plastic Bag Tax: Small Incentive, Big Result : Planet Money A five-cent tax on plastic shopping bags has cut the use of the bags by more than half in Washington, D.C. It's a compelling example of how a small incentive can have a big effect. 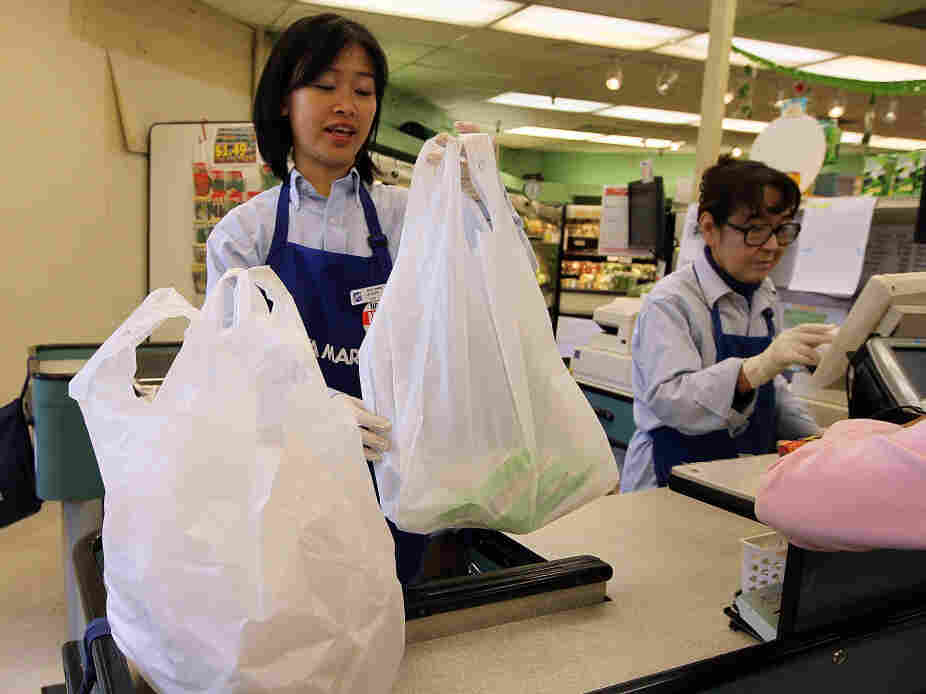 Washington D.C.'s five-cent tax on plastic shopping bags has cut their use by more than half, the WSJ reports this morning.

Whether you're pro- or anti- bag tax, this is a pretty striking example of how a small incentive (a nickel, in this case) can have a big influence on behavior.

Environmentalists argue that disposable plastic shopping bags are a global scourge, though there's some debate on the issue. They've been banned in a few countries; a few U.S. cities, including San Francisco and Oakland, have banned their use in certain stores.

Backers of bag bans and taxes argue in part, that the bags create what economists call a negative externality -- a cost (in this case, an environmental cost) that isn't borne by people who sell the bags or use the bags.

But broader bans haven't taken off in the U.S.

California lawmakers recently voted down a proposal to ban the bags statewide. The American Chemistry Council, which represents some big plastic-bag manufacturers, fought the bill, arguing in part that it would create bureaucratic expenses and hurt jobs.