Accessibility links
Banks Keep Failing : Planet Money Two more banks failed last week, bringing this year's total to 127 -- a pace that suggests there will be more bank failures this year than in any year since the early 1990s. 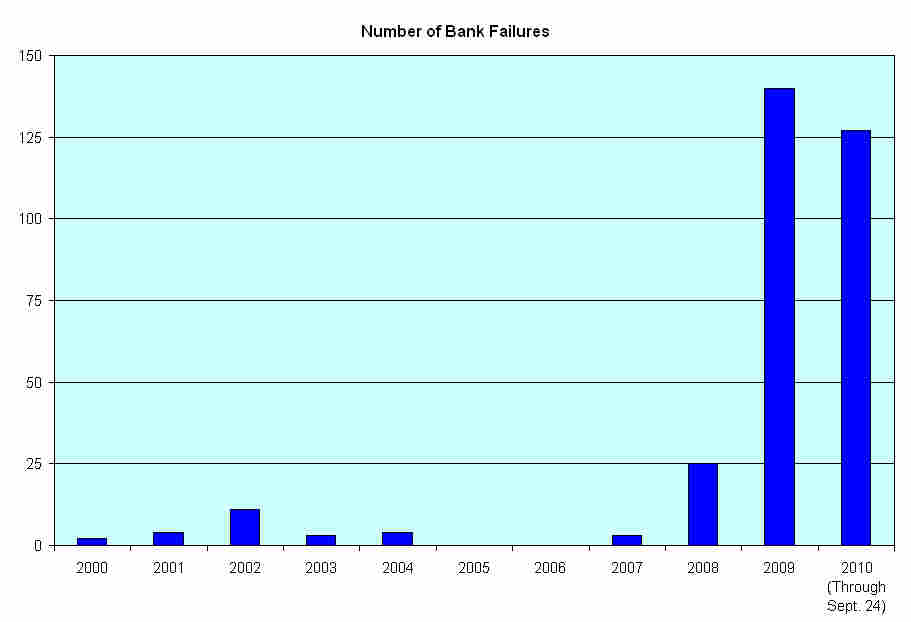 For small banks around the country, the crisis isn't over.

Two more banks failed last week, bringing this year's total to 127 -- on pace for this to be the worst year since the early 1990s.

The wave of failures, closely linked to the real estate boom and bust, is likely to continue for a while. The FDIC recently said there are 829 "problem banks" in the U.S., the most since 1993.

Both the failed banks and the "problem banks" are largely small, community institutions in areas hit hard by the bust, an S&P report noted last week.

This morning's WSJ looks a bit more broadly at what the failures mean. Here are a few key points:

For more: Last year, Planet Money’s Chana Joffe-Walt told the story of what happens when the FDIC takes over a failed bank. Earlier this year, we revisited the bank, the FDIC guy, and the bank workers a year after the closing.