Accessibility links
Arianna Huffington On Money : Planet Money Huffington chats with us about how money works in her life. "I have rich girlfriends who worry that they're going to be bag ladies." 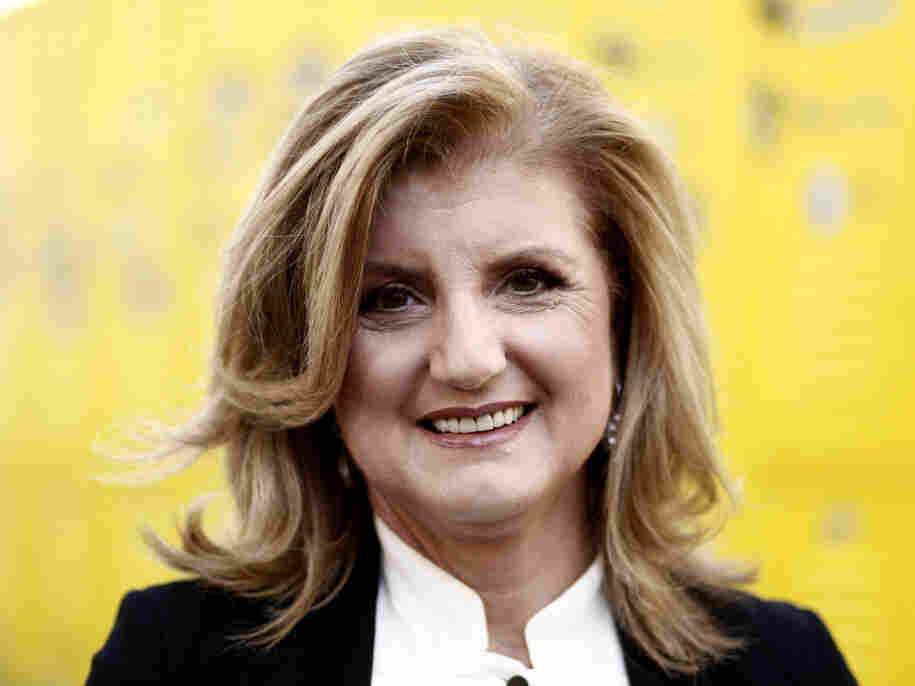 In the coming months, we'll be talking to lots of different people about how money works in their lives.

Today, we have our first two installments. Our discussion with Arianna Huffington, founder of the Huffington Post and author of the new book Third World America, is below. In a separate post we talk to Valerie, a nanny in New York City.

In general, how much do you think about money?

I was brought up in a family that was sometimes worse than poor, because my father would sometimes make some money. And he would invest it in a newspaper that he would start. And then he would go bankrupt, and then we would have no money, and then the cycle would start again and again. So there's that sense of deep insecurity about money.

But then I had a mother who had this abundance mentality. And I really think that this abundance is not a function of how much money you have. I know a lot of rich people who are incredibly stingy in their consciousness, who really kind of worry about money. I have rich girlfriends who worry that they're going to be bag ladies.

I feel kind of strange addressing the question of money without reminding ourselves that we're talking about a privileged group of people who have jobs, who have homes, and are not losing their homes and losing their jobs.

Do you have a fall-back job where you think, "If everything goes to hell, this is what I'd do?"

I think my fall-back position would be being a nanny. Because I love kids. And I feel I could make a good nanny.

Are you in debt for anything?

No. And I’m not in the market either. I'm very safe.

Where do you save your money?

I'm not in stock. I'm in very boring treasuries. And I have a house.

And that's why America cannot become a third-world country, because then my treasuries would be in serious trouble. This whole book is completely self-interested -- to protect my treasury bonds. [Laughter]

I have one daughter who feels very guilty whenever she buys a dress. So she and I worked out a budget, so she would just not feel guilty provided that she stayed within the budget.

Where does your daughter get that guilt about spending money?

I think you see that with kids who have been brought up comfortably. There are these questions of, do I deserve it? Am I living up to it?

Note: This is an edited version of the interview