Accessibility links
Thanks For Paying Taxes. Here's A Receipt. : Planet Money An itemized list of where a typical earner's taxes go. $625.51 for Medicare.  $229.17 for combat in Iraq and Afghanistan. $28.09 for NASA.

Thanks For Paying Taxes. Here's A Receipt.

Thanks For Paying Taxes. Here's A Receipt.

Taxpayers should get a receipt so they know what they're paying for, a think tank called Third Way argues in a new paper.

Here's a sample from the group. It includes federal income tax and FICA, which funds Medicare and Social Security. Details are here. 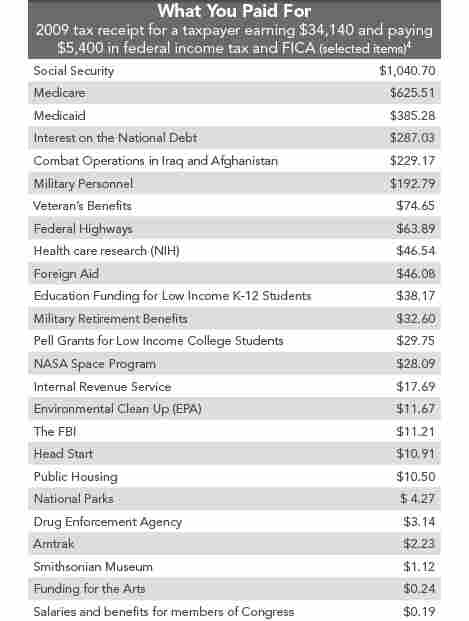 Update: The sample receipt that appeared in an earlier version of this post overstated the amount of taxes that go to the National Parks. The sample above is a revised version that Third Way published to correct the error.