Accessibility links
Ikea's Making Tons Of Money : Planet Money Ikea gave the world a rare peek at its balance sheet. The company is growing every year and sitting on a huge pile of cash.

A Rare Peek At Ikea's Books (Spoiler: The Company's Making Tons Of Money)

A Rare Peek At Ikea's Books (Spoiler: The Company's Making Tons Of Money) 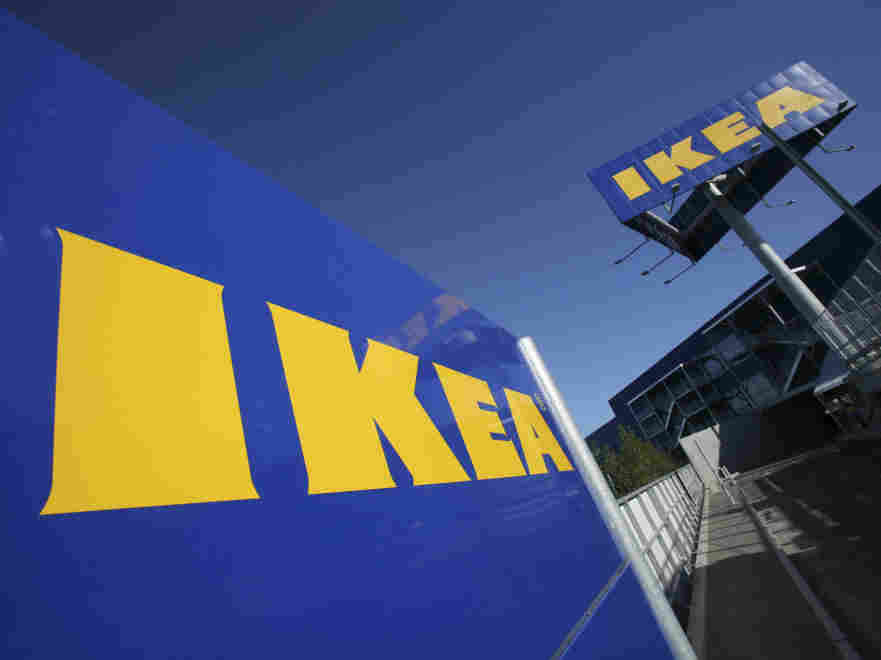 Ikea is a weird company -- a giant, multibillion-dollar business that's officially owned by a charitable foundation. Its founder, who started the company in 1943, is the 11th-richest guy in the world, according to Forbes. And the company has historically been super secretive about its finances.

But on Friday, Ikea gave the world a peek at its balance sheet. (You can see the numbers for yourself, starting on p. 20 of this PDF.)

In short: The company is sitting on a huge pile of cash, and managed to grow throughout the economic turbulence of the past few years.

In its 2009 fiscal year, Ikea made $3.5 billion in profits on $30.2 billion in revenues. And the company was holding $19.7 billlion in cash at the end of that year. (Ikea reported results in euros; I converted the figures to dollars at the current exchange rate.)

The company didn't report full results for the 2010 fiscal year, which ended on August 31. But it did say revenues rose to $31.2 billion. (For context, that's about the same amount of revenue as Coca-Cola.)

In an interview with the WSJ, Ikea's CEO explained the decision to publish financial results:

We decided to do this because we've noticed that the interest for IKEA has increased over the years, and our intention is to be as transparent as possible.

The decision may also have something to do with some critical attention the company has received, as it has continued to grow.

Last year, a former Ikea senior manager published a book called "The Truth About Ikea." The book "claimed that Ikea ran an internal network of spies and that the Swedish management was contemptuous of foreigners," according to the FT.

And back in 2006, the Economist looked into the company's odd financial structure, and concluded that Ikea is:

...an outfit that ingeniously exploits the quirks of different jurisdictions to create a charity ... that is not only the world's richest foundation, but is at the moment also one of its least generous.

The foundation expects to donate $62 million in 2010, according to the statement the company released on Friday. The company says its ownership structure and organization "stand for independence and taking a long term approach."