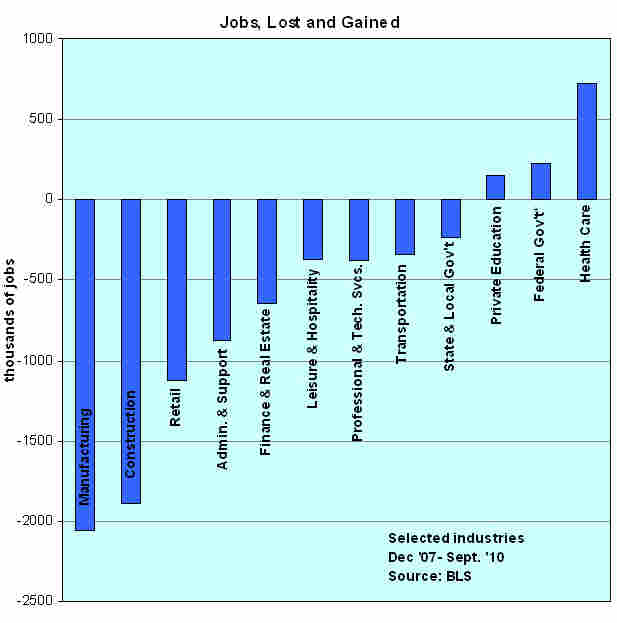 The recession ended more than a year ago, but the jobs picture is still very bleak.

There are about 130 million non-farm jobs in this country, according to the employment numbers out this morning. That's down from nearly 138 million in December of '07, when the recession began. 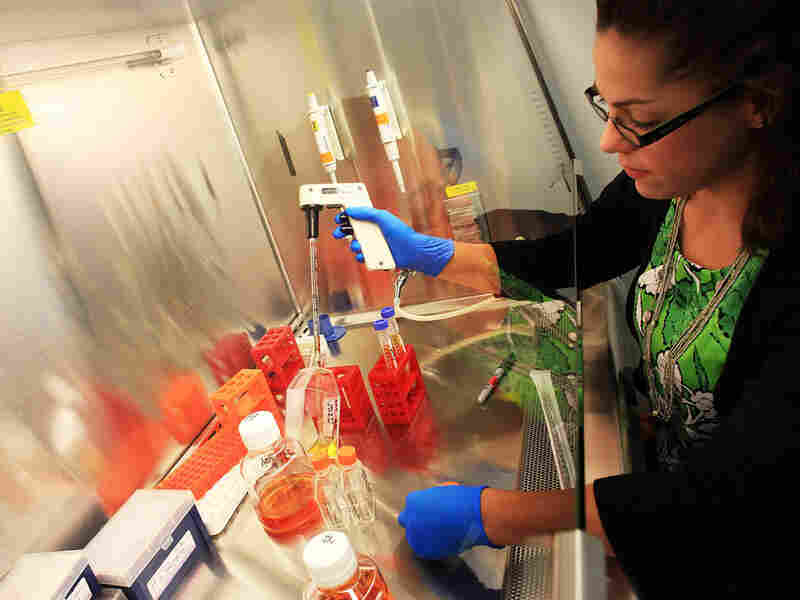 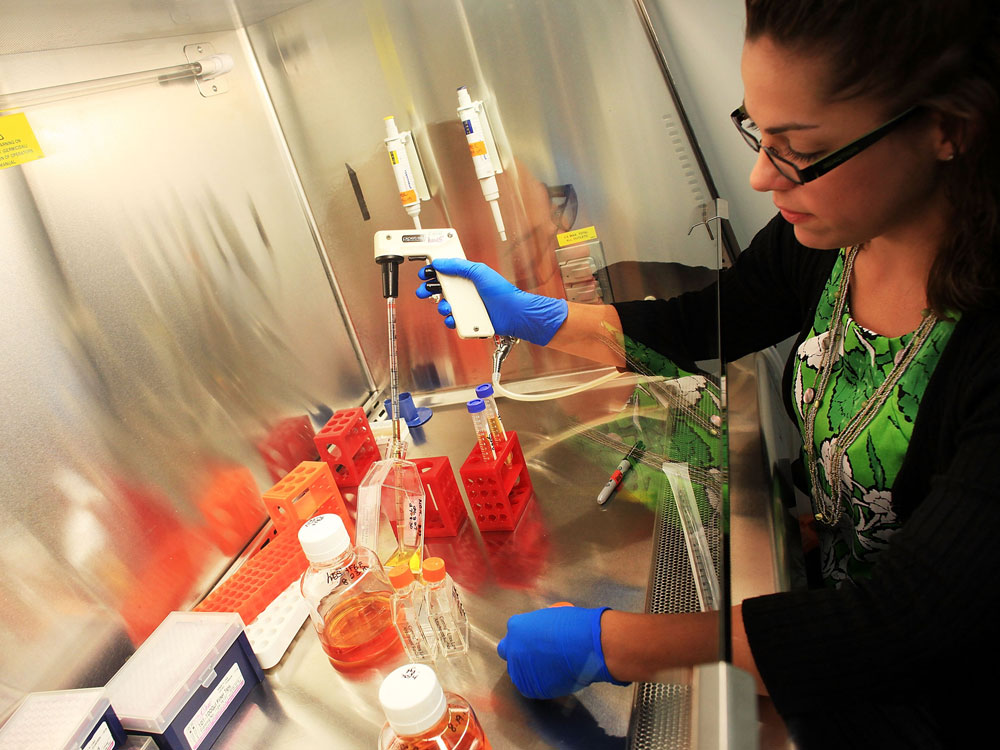 Kristin Martins-Taylor feeds stem cells at the University of Connecticut's Stem Cell Institute in Farmington, Conn. Health care-related jobs have continued to grow, even during the downturn.

Those job losses have been spread unevenly around the economy, as the graph above makes clear. Here's a closer look at some of the categories.

Manufacturing was losing jobs even before the recession began -- and the sector got hammered in '08 and '09, before stabilizing in the past year.

Construction was, of course, at the heart of the boom and bust. The industry lost a ton of jobs in the early part of the recession. In the past year, the decline continued, albeit at a slower pace, with a loss of about 200,000 jobs since Sept. of '09.

Administration and support services is largely made up of temp. jobs, which fell sharply during the recession, but have made a comeback in the past year.

Finance and real estate is the white-collar counterpart to construction -- a key player in the boom and bust that lost a lot of jobs during the recession, and cut jobs at a slower pace over the past year.

Private education, on the other hand, has been growing. (Note that this sector includes private non-profit as well as for-profit schools.) Education is often thought of as counter-cyclical: It tends to do well when the broader economy is doing badly, as people who are out of work or nervous about losing their job go back to school to pick up new skills.

The federal government, unlike states and cities, can run a deficit -- and it's been borrowing furiously and adding jobs. *Note that the figure in the graph above does not include the U.S. Postal Service, which is self-financed, and which has cut more than 130,000 jobs since December of '07.

Health care is the big winner for jobs. It's added jobs month after month, driven by the aging population, steady funding from government programs such as Medicare, and the fact that sick people spend money on medical care in good times and bad.

For more: Here's a complete list of the latest job numbers, by sector. There's a huge amount of data -- going back further, and in much more detail -- available here.