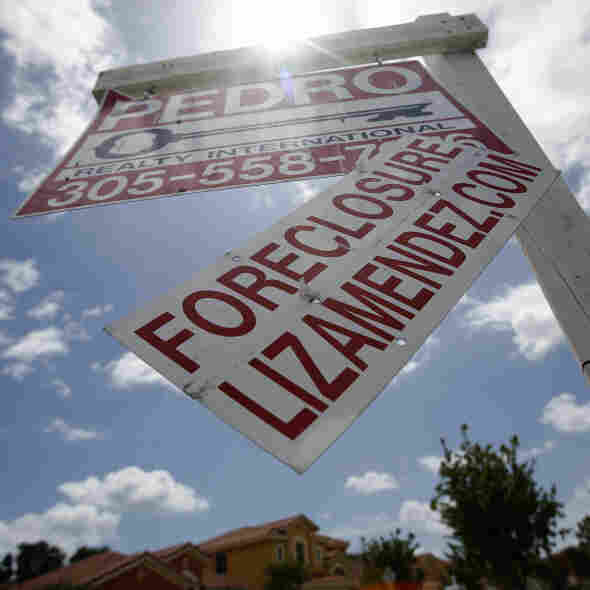 Fannie Mae and Freddie Mac have worked for decades to help more Americans become homeowners. Now one former Freddie Mac employee has asked us for the opportunity to apologize for doing such a good job of fulfilling that mission.

Jacob Kosoff used to work as an economist for Freddie Mac's "Mission Department." His job was to look at the loan data each month and promote homeownership. He says his team was full of true believers who called themselves "housers."

"I thought subprime was the best thing in the world," he says.

It was not until the spring of 2008, just months before Freddie would be bailed out by the federal government, that Kosoff began to question his fundamental belief that owning a home was better than renting.

He mentioned his concerns in the office.

"It was a bit like announcing there was no God -- like the idea that housing was like God," he says. "Buying is always better. Listen to your mom, listen to your minister, listen to the government, listen to politicians. Everyone says it's better."

There's one thing in particular that Kosoff would like to apologize for.

While at Freddie Mac, Kosoff managed an online calculator designed to help people determine whether to rent or buy a house. In fact, it's still online -- you can see it here.

You plug in the cost of rent, cost of renters insurance, and the price of an equivalent home. Then it asks you to punch in an estimated appreciation rate for the home -- how much you think the home's price will change over time. But if you plug in a negative number -- if you estimate that the home will lose value -- the calculator gives you an error message: 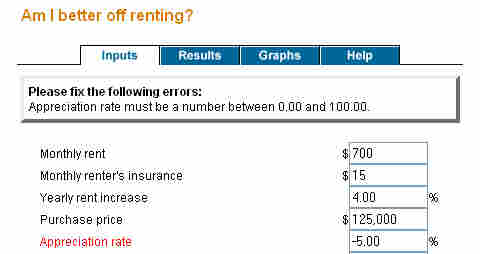 "I'm sorry that I didn't send an e-mail or work a little harder to get that fixed so the calculator can allow for the possibility of reality," Kosoff says -- the reality that housing prices sometimes decline.

Kosoff wonders if some people used the calculator to come to a very bad decision: to buy an overpriced house with a subprime mortgage when they should have rented instead.

Freddie Mac says it plans to fix the calculator to allow for the possibility that housing prices do not always go up -- a reality we are all living through right now.