Accessibility links
Three Strange Things About The General Motors IPO : Planet Money When General Motors has its initial public offering later this month, the U.S. government will sell a third of its stake in the company. 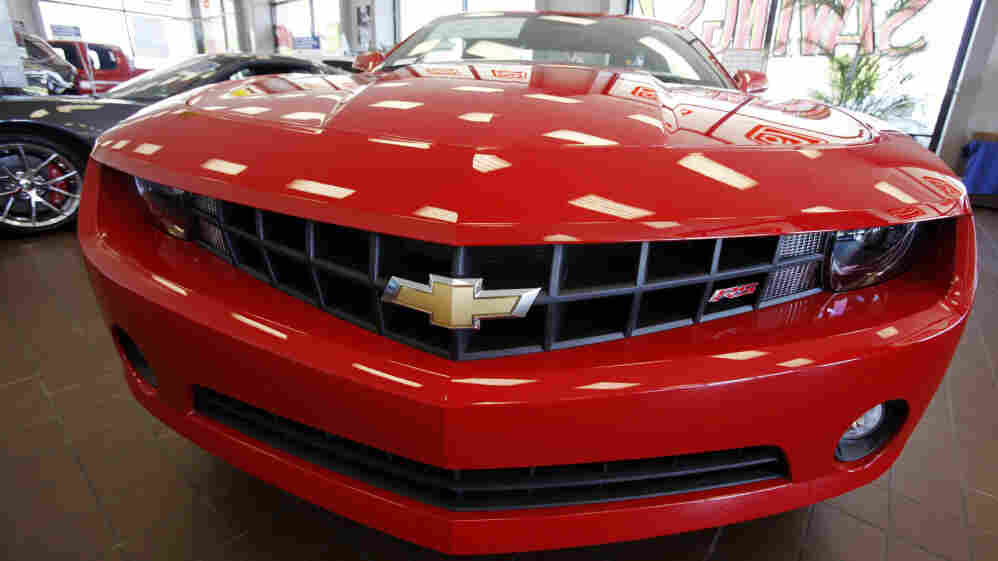 But two weeks from now, when General Motors has its initial public offering, the U.S. government will sell a third of the GM shares it received as part of the bailout of the company.

There are at least three strange things about the IPO, which is described in a prospectus GM filed with the SEC.

1. The U.S. government is going to sell at a loss.

GM expects to sell its stock at around $27 a share, roughly half what the government needs to make a profit. That's partly to get out of the business as fast as possible; the government doesn't want to be in the car business.

And the government hopes that by selling a third of its stock at a loss, it will encourage people to buy more stock. Strong demand for GM stock could eventually allow the government to sell the rest of its GM shares for a profit.

2. Having the U.S. government as part owner might be bad for business -- that's according to GM. In its prospectus, the company says the government might do all sorts of things for political reasons that don't make business sense.

For example: Telling the company what kinds of cars to make and where to make them. Or forcing the company to cut the pay of key executives, which could cause them to leave the company.

3. GM has no confidence in its own financial reports. The company says that "our disclosure controls and procedures and our internal control over financial reporting are currently not effective."

In other words, GM isn't confident in its ability to understand its own financial condition.

That could "adversely affect our financial condition and ability to carry out our business plan," the company says.