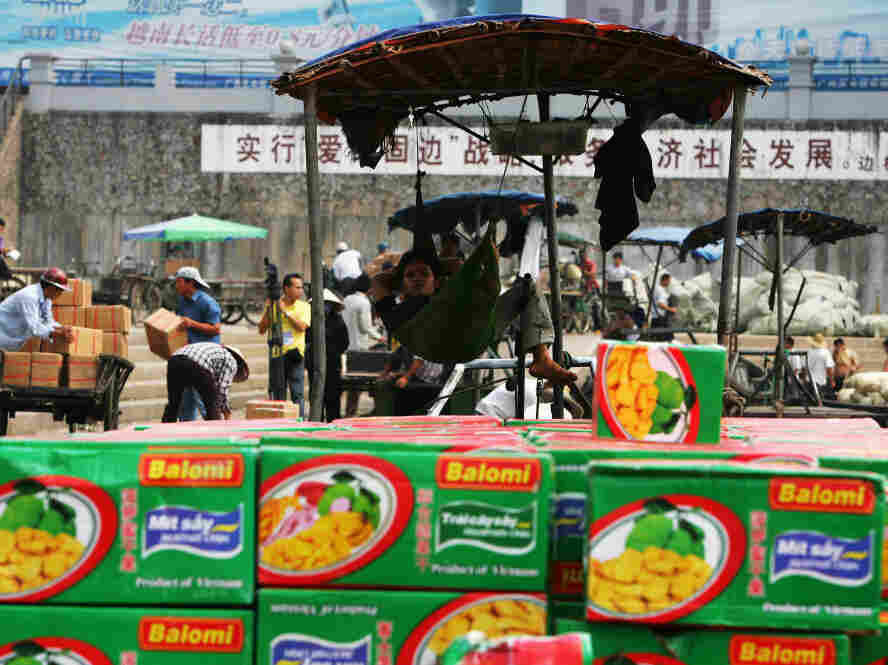 Usually when you hear about China's dynamic economy, it's all about the cosmopolitan megacities like Beijing and Shanghai, or the factories along the Pearl River Delta.

But you get an even better sense of China's massive aspirations from a place like the Guangxi autonomous region that borders Vietnam. Sometimes called the Shangri-La of China, it's a place of rivers, rice terraces, and fog-enshrouded mountains. Home to a large population of ethnic minorities, Guangxi is one of China's poorest regions.

And yet the capital city of Nanning (population nearly 3 million) has a skyline dotted with construction cranes. Giant apartment towers rise up everywhere. The downtown streets are filled with new shops. Investment money rains down on Guangxi from the central and local governments for highways, port development, power plants and airport construction.

The Chinese hope a newly enacted free-trade agreement between China and the ASEAN nations (including Vietnam, Laos, Singapore and Indonesia) turns Guangxi into a prospering trade corridor. And, the thinking goes, migrants will flock to the capital Nanning for work. The successful ones will swap their plots of land in the country for apartments in those empty towers.

It's an audacious bet because there's little evidence at the moment that Guangxi has the wherewithal to sustain a growing middle class. There's some industry here – metal fabrication, auto parts, machinery -- and a few cash crops like tobacco and sugar. But Guangxi accounts for a tiny proportion of China’s overall production.

The Guangxi strategy revolves around China's continued growth and broader development of Southeast Asia. If it pays off, China's government will be credited with astute long view thinking. If it fails, it will look like the government gambled big and lost with its winnings from the global economy.

For more: Read Uri Berliner's dispatch from last week on inflation in China.