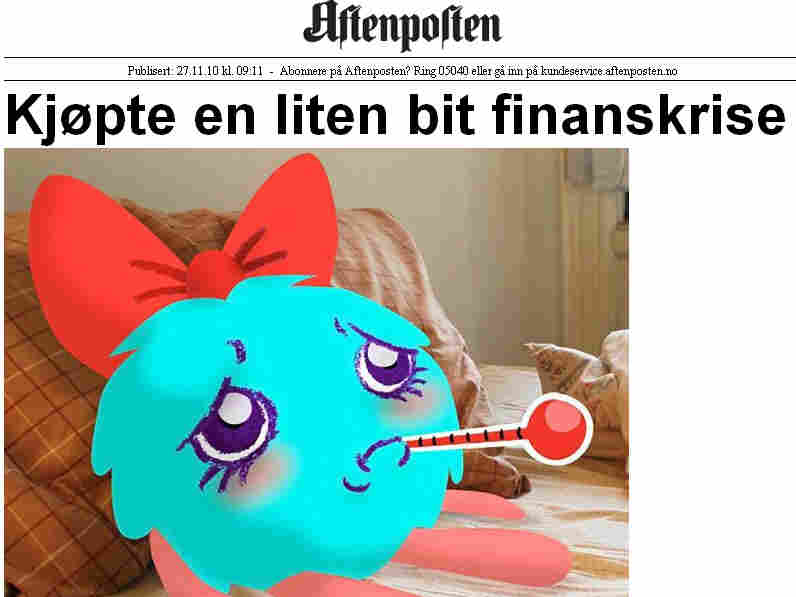 She showed up this weekend on the Web site of Aftenposten, a Norwegian newspaper. Apparently there's no word for "Toxie" in Norweigian:

We ran that through Google translator:

Mortgage bond was named Toxie and radio program listeners to follow Toxies life, which slowly trickled out. The "funeral" was broadcast on their website.

Chana and I were also on the BBC show "Sunday Supplement," broadcast in Wales. No translation needed; we come on about 21 minutes into the show.

We're still hoping for some pickup in the Cayman Islands.