Accessibility links
The Job Market's Winners And Losers : Planet Money The number of jobs in America peaked three years ago, before falling sharply. Jobs started coming back a year ago -- but the comeback has been painfully slow. Here's an industry-by-industry look.

Three years ago, in December of '07, the number of jobs in in this country peaked just shy of 138 million. Then the economy fell apart.

By December of '09, 8 million jobs had disappeared.

For the past year, the economy has been adding jobs -- very, very slowly. So slowly, in fact, that the unemployment rate is still near 10 percent.

In all, the economy has added a million jobs in the past year, according to the government employment figures out this morning.

Here's a look at what's happened to jobs in several key sectors of the economy. The dark blue bars show what happened between December '07 and November '09; the light blue bars show the past year. 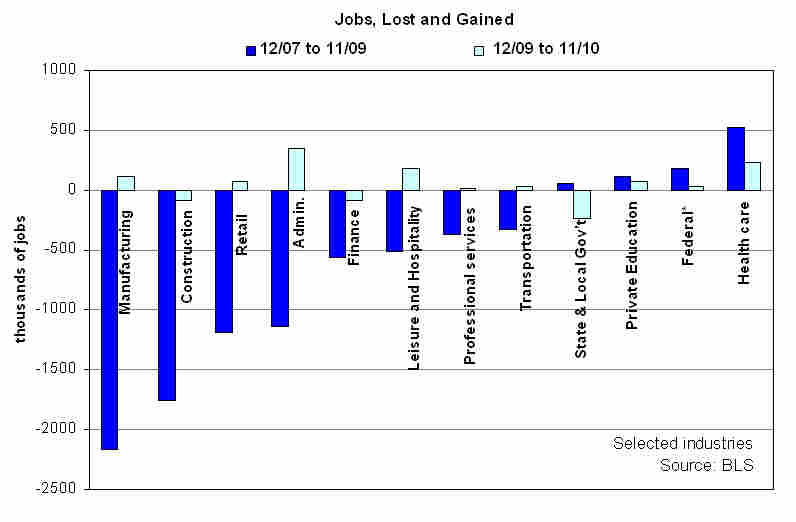 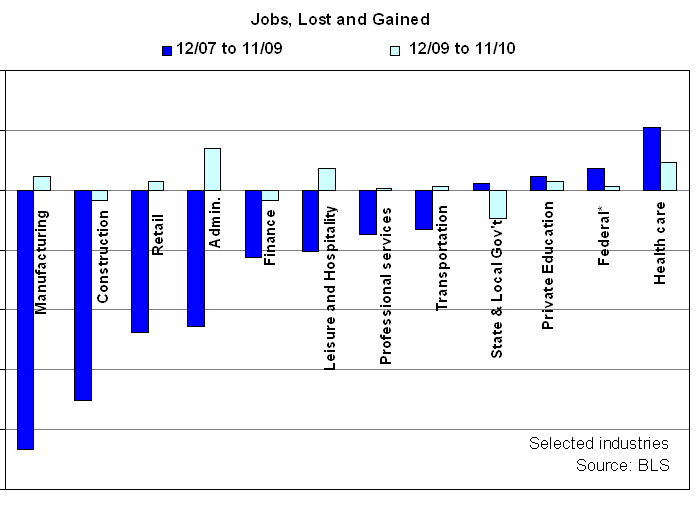 Manufacturing -- always subject to cyclical fluctuations, but also experiencing a long-term decline -- got completely hammered during the downturn, and only came back a little bit in the past year.

But at least it came back a little. 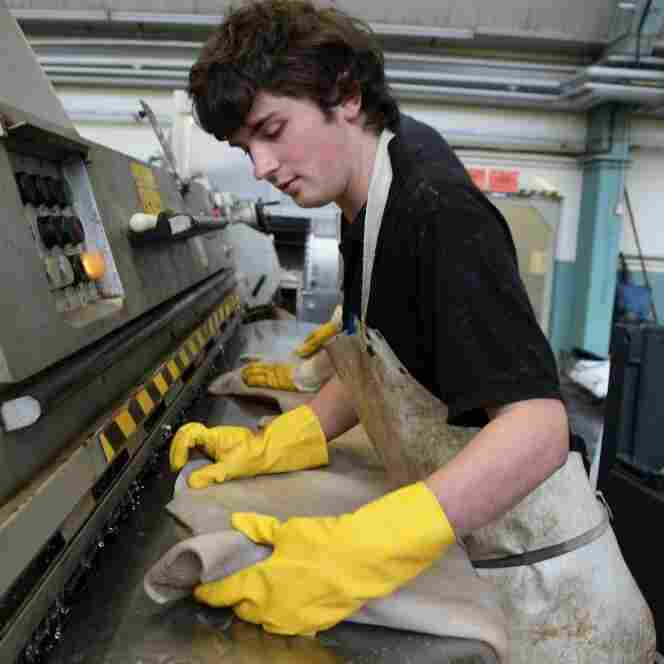 With the housing market still in terrible shape, the construction industry continued to shed jobs this year (albeit at a much slower pace).

Health care, the big winner during the downturn, continued to grow this year. The sector has lots of things going for it. A big chunk of its funding comes from the government; the aging population means more people need more health care; and health-care spending is one of the last things people cut back on in tough times.

Here are lots more details about jobs by sector.