Accessibility links
3 Key Pieces Of The Obama Tax Deal : Planet Money What's the cost of the president's deal? And how much boost will key provisions give the economy?

There's not yet a precise, reliable estimate of the total cost of the tax deal President Obama announced this morning. In all, it's likely to be somewhere around $700 billion (assuming Congress agrees to the deal, of course). 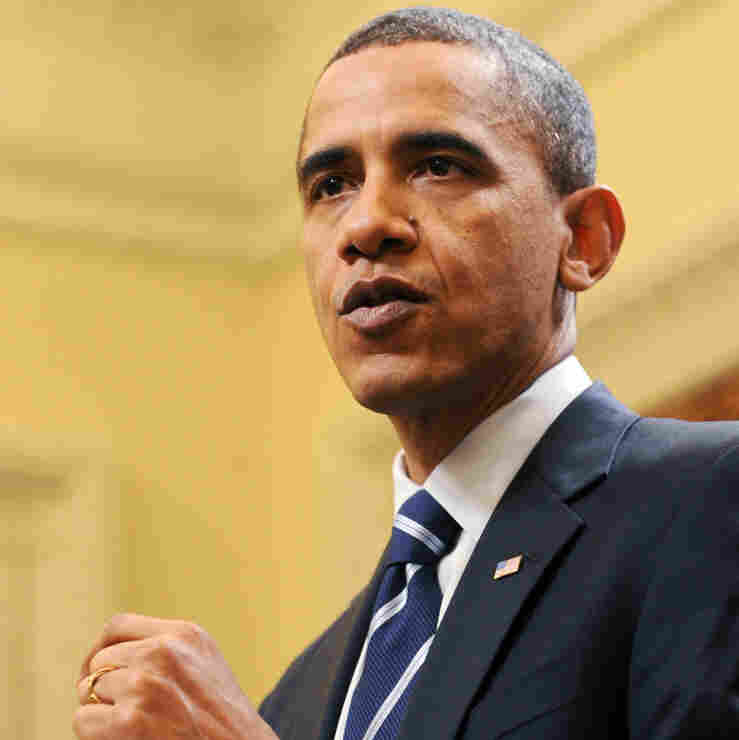 Here's a list of three key pieces of the deal, with rough cost estimates and a quick description of where they fall on CBO's list of options for stimulating the economy. The CBO list is from earlier this year, and so a bit out of date, but it works for a rough estimate.

1. Extension of unemployment benefits through the end of next year, which will cost $56 billion, according to the White House. Extending unemployment has the highest bang-for-the-buck of all the options the CBO looked at. That's because people who collect unemployment tend to spend the money right away.

2. Payroll tax cut next year. The tax will fall from 6.2 percent to 4.2 percent. That's a cut for everybody who has a job, and it will show up in peoples' paycheck as higher take home pay. It'll cost about $120 billion in lost tax revenues, according to the White House. This one falls about in the middle of the CBO's list in terms of stimulus-bang for spending-buck: not the best, not the worst.

3. A two-year extension of Bush tax cuts. That will cost the government about $500 billion in lost revenues, according to Reuters. Reducing income taxes fell at the bottom of the CBO's list of stimulus options; it provides the least bang for the buck.

Democrats and Republicans agreed that the Bush tax cuts -- lower marginal rates on income, and lower taxes on capital gains -- should be extended for most people. What they disagreed on was cuts for top earners. Those cuts are indeed part of the deal. They'll cost about $120 billion in lost revenue over two years. That's about a quarter of the cost of extending all the cuts, and less than a fifth of the overall cost of today's deal.

Other elements of the deal are harder to estimate. The estate tax, which phased out entirely this year, will be temporarily set at 35 percent for estates over $5 million. Other tax breaks included in the deal are typically extended by Congress every year anyway.