Accessibility links
What Should The Government Pay For? Autopsies And Lighthouses! : Planet Money Economists have an answer to a question at the heart of the deficit debate. But the answer isn't likely to settle much in Washington. 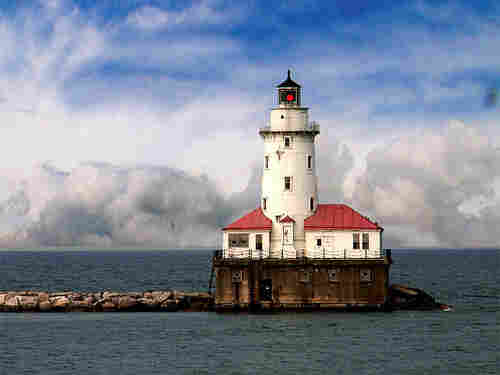 Here's a simple question at the heart of the debate over the federal deficit: What should the government spend money on?

As it turns out, economists have an answer to this question: Lighthouses.

Of course, these are economists we're talking about here, not politicians. So these answers aren't particularly helpful in advancing the public debate over government spending.

Still, autopsies and lighthouses are useful examples of what economists call a public good -- "something that we all need, that will make our lives better, but that the market will not and cannot provide," says Charlie Wheelan, who teaches public policy at the University of Chicago.

If the government didn’t build lighthouses, Wheelan says, where would the money come from?

Sure, someone could go around to ship captains and say, "Hey, we're gonna build a lighthouse. Wanna contribute?" The captains would say, "No thanks; don't need one. I'm a good sailor."

Those captains are "just going to use our lighthouse without paying for it," Wheelan says. "We can't say, 'Close your eyes when you sail past this rocky point.' "

Before the U.S. government set up a lighthouse service in 1789, there weren't many lighthouses in key places where it was expensive to build, according to Jeff Gales, executive director of the U.S. Lighthouse Society.

"The Journal of the American Medical Association has been arguing for 15 years, at least, that there's a public health problem, because we're not doing enough autopsies," Wheelan says.

If we had more autopsies, we'd know more about how people die -- and about how to keep people healthier longer. So collectively, we'd all benefit. But where's the benefit for any given person?

"There's none for the person being autopsied," Wheelan points out. "It's a little late for that."

And there are reasons why doctors might not be pushing for autopsies, either.

It turns out to be extremely common, much more than you think, that there were either undiagnosed conditions, misdiagnosed conditions. So this person, best case he was right. Worst case, he's going to be looking at malpractice or something like that. So the person who is in the best position to encourage autopsy often will not.

There are some other public goods that we hear about more often in political debates: court systems, for example, and the military.

And what about health care and education? Those don't meet the strict definitions of public goods. But many societies have agreed that they should be publicly provided, so governments end up getting involved.