Accessibility links
A Cupcake IPO! : Planet Money A chain of cupcake stores is going public. Is this the latest sign of a cupcake bubble, or a bold new era for desserts? 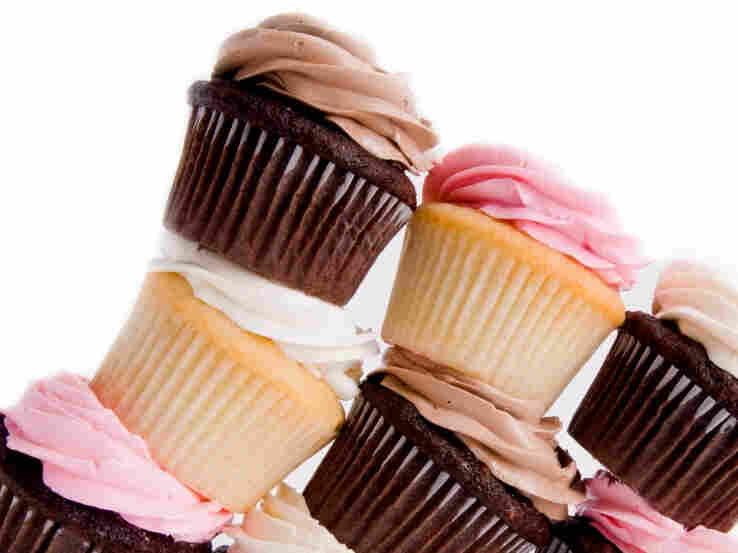 A chain of cupcake stores called Crumbs Bake Shop is going public, the NYT reports. The company and its owners could make more than $100 million, and shares in Crumbs will soon be traded on a major stock exchange.

Last year, in a rare moment of boldness, I declared that we were "in the middle of a cupcake bubble of historic proportions."

Today's cupcake news means I was either totally wrong or way too early in making that call. And in this context, being wrong and being early amount to largely the same thing.

It's no good being the guy who says in 2003 that housing prices are too high, or who says in 1997 that tech stocks are headed for trouble. You wind up getting clobbered when the market keeps skyrocketing.

If I'd shorted some imaginary cupcake market last year, I'd now be selling assets to cover losses on my cupcake shorts. The market would be staying irrational longer than I could stay solvent.

Or maybe the cupcake market isn't irrational at all. The first Crumbs store opened in 2003; now there are 34 Crumbs in six states, and the company sold 13 million cupcakes last year, the NYT says.

Maybe some broader trend is at work here, and cupcakes aren't just over-hyped tiny cakes, like I thought. Maybe they're the core of some huge social shift that will give rise to as yet unimagined innovations, that will mint new billionaires and transform the way we eat desserts.

Maybe I'm the guy who thought the Internet was just a fad.