Accessibility links
The Yuan's Coming Out Party : Planet Money If you walk into the Bank of China branch in New York or Los Angeles, you can now open a personal savings account denominated in yuan. 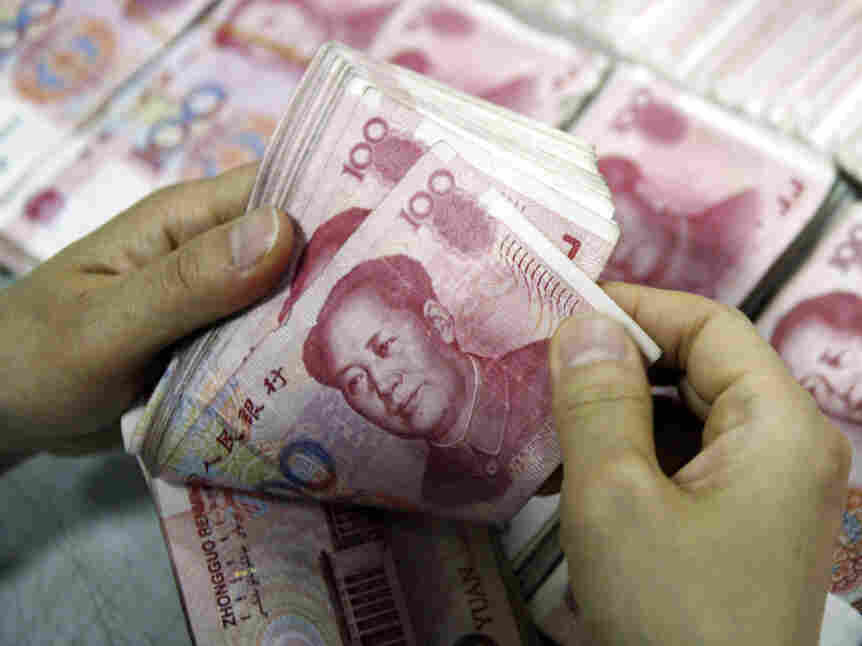 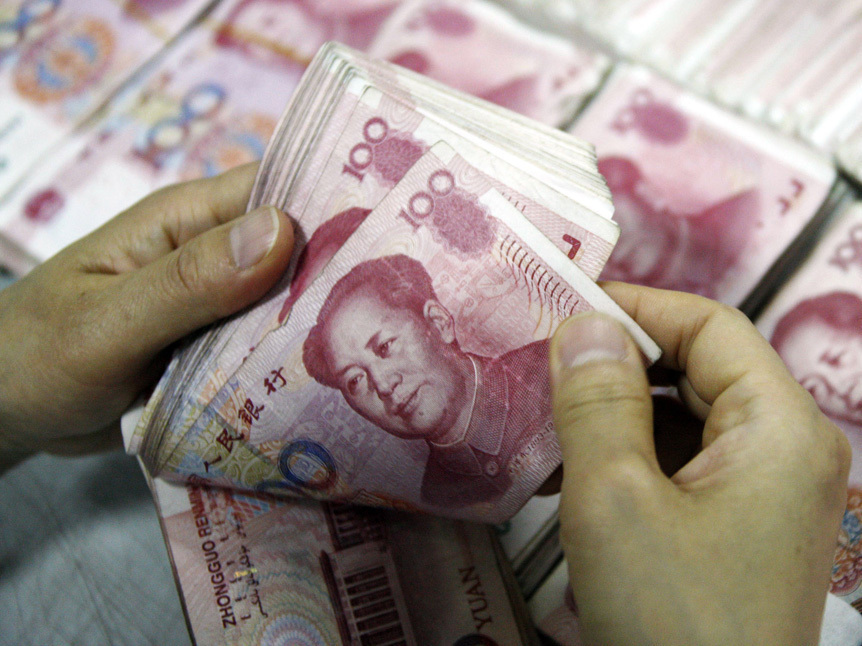 For years now, China has kept strict control over its currency, leading the U.S. and other countries to accuse China of "undervaluing" the yuan. It's a claim China has consistently denied.

But this week, there was sign, albeit a small one, that China may be finally willing to loosen its grip. If you walk into a Bank of China branch in New York or Los Angles, you can now open a personal savings account, denominated in yuan.

It may not sound like a big deal, but one way China has kept control over its exchange rate all these years is by limiting the amount of yuan bills you can take in and out of the country.

These new bank accounts are the type of thing that used to make China very nervous. Why? Because if everyone opens up yuan bank accounts, that could increase demand for the currency and push the exchange rate up. China doesn't want that happen because it wants to keep its goods cheap for foreign buyers.

This fear is likely the reason these new savings accounts, like the currency, have a lot of controls on them. For example, customers can't put more than $20,000 in one account over the course of a year.

For Eswar Prasad, a senior fellow at the Brookings Institution and a professor at Cornell University, these restrictions mean that right now these accounts are really just a symbol.

"It's more like the joy of holding a little bit of yuan, which for an individual investor is very difficult to do otherwise," he says.

Want to hear more about China's currency? Listen to these podcasts: