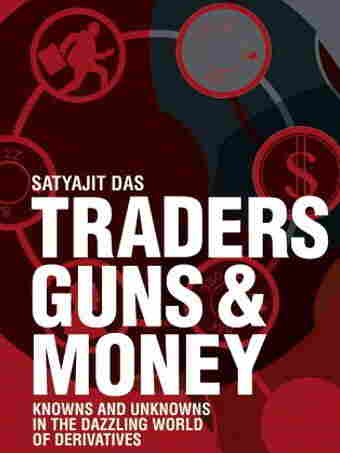 Today, we hear from Satyajit Das, a risk consultant, who wrote the book Traders, Guns & Money: Knowns and Unknowns in the Dazzling World of Derivatives. Das just released an updated version of the book which features an afterword about the role that derivatives and related financial products played in the global financial crisis.

Das started working with deriatives right out of college in 1977, and he spent over 30 years working for banks like Citicorp Investment Bank and Merrill Lynch. His book is filled with hilarious stories about famously "ill mannered" traders and a former cosmetics saleswoman who helped bring in a lucrative Japanese client, but it's also a very detailed and cynical description of the way the deriatives industry evolved over time.

Das says when he first started working with deriatives, they were like insurance, a way for people to protect themselves from price fluctuations, but they didn't stay that way for long.

Gradually what I noticed is that the other features of deriatives, because they have other features like they are purely commercial bets at one level which aren't related to whether you buy or sell the underlying commodity, so they can be used to speculate and create leverage positions which are very sensitive to price movements. That process of creating what I call risk cocktails became fundamentally more important so they became ways of taking on risk rather than actually effectively managing risk.

Das thinks the global financial crisis gave legislators and regulators an opportunity to address all this speculative activity, but they missed it. In his opinion, the "Frankly A Dud Bill" doesn't address the real issue.

It's absolutely child's play to regulate this cause all you say is okay you are allowed to use deriatives provided you can prove that there is an underlying risk you are trying to manage. Whether you can manage it well or whether it is exact doesn't matter, you have to show there is an underlying risk and that I'm trying to do something with that, but there was no attempt to address that.

More Das: For some more technical reading, check out Das' other books: