6 Ways Of Looking At The Jobs Numbers

6 Ways Of Looking At The Jobs Numbers

The January jobs report is messy and confusing. Taking the longer view presents a clearer picture of the job market.

Here are six graphs we put together to show how the job market has changed over the past few years.

The first three graphs show how much variation there is in the unemployment rate between different demographic groups. The gap widened as the jobs crisis got worse; now it's starting to narrow a bit in some categories. 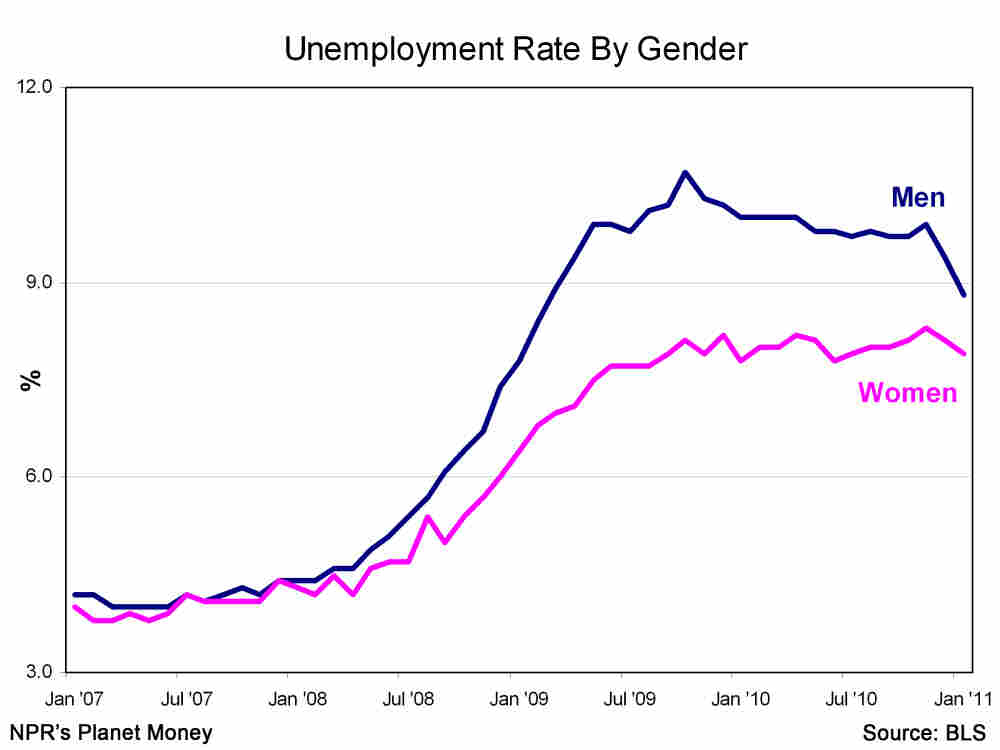 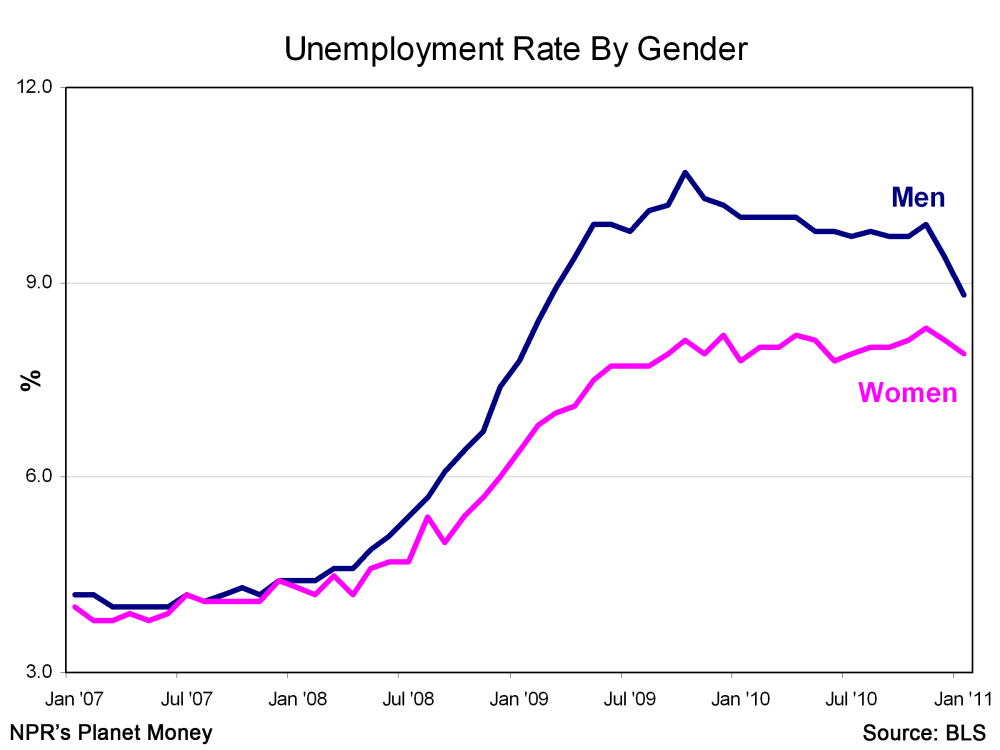 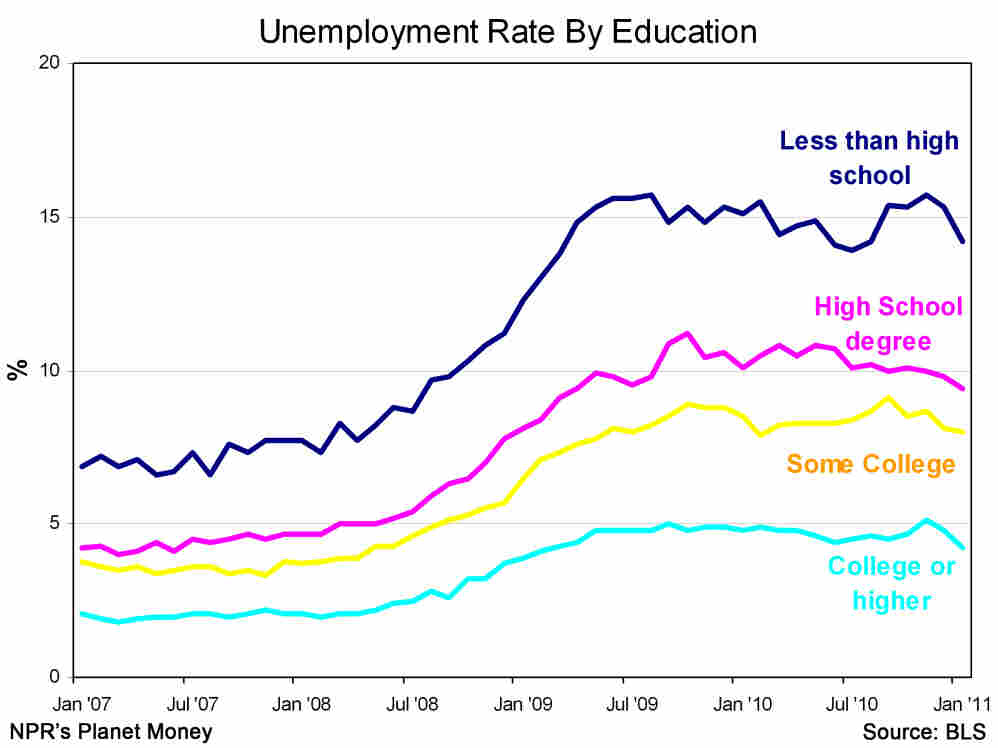 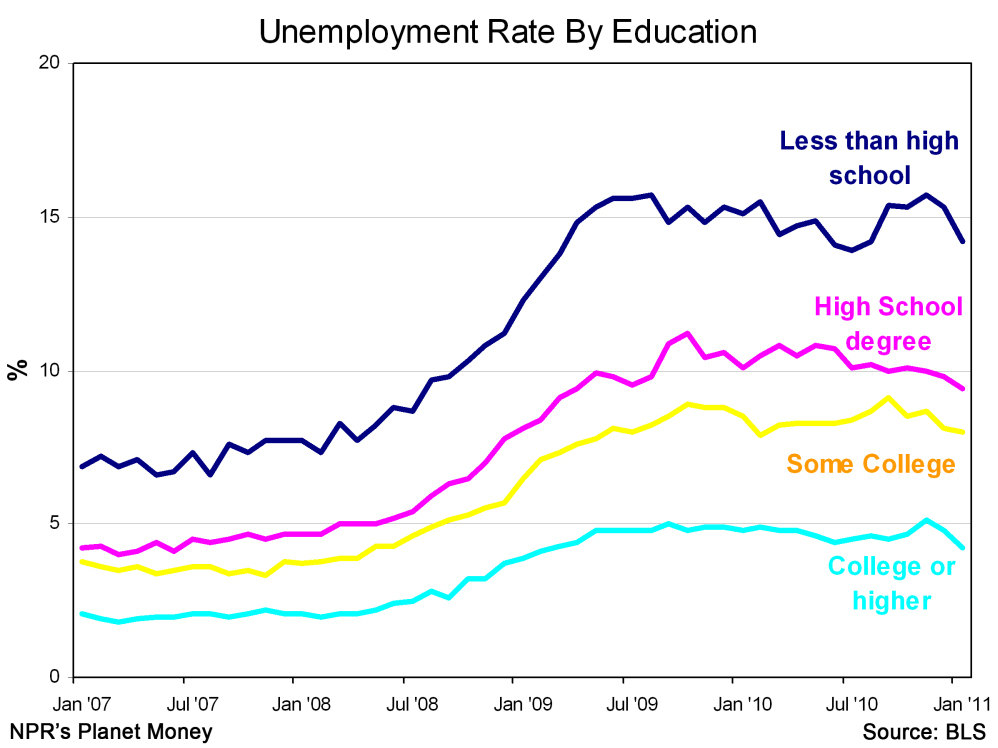 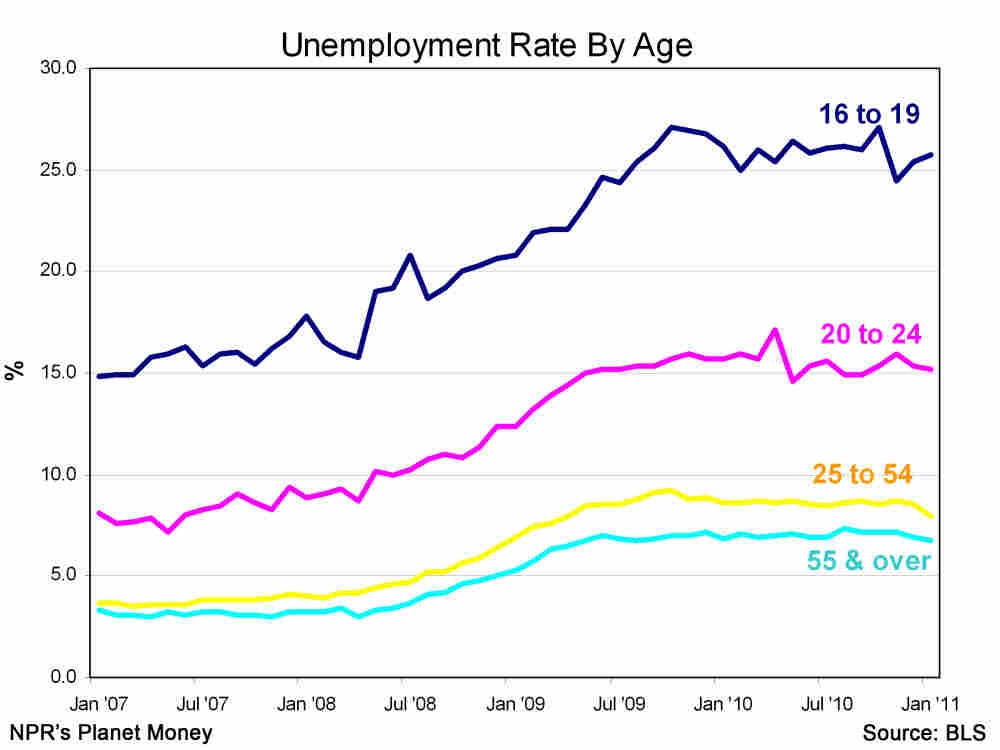 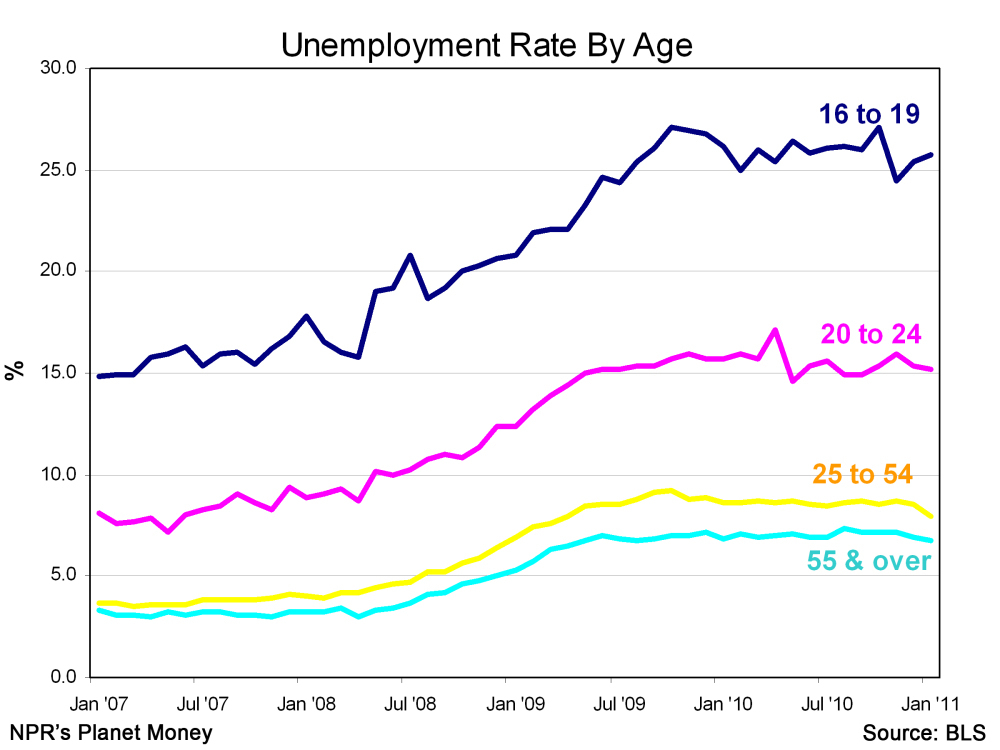 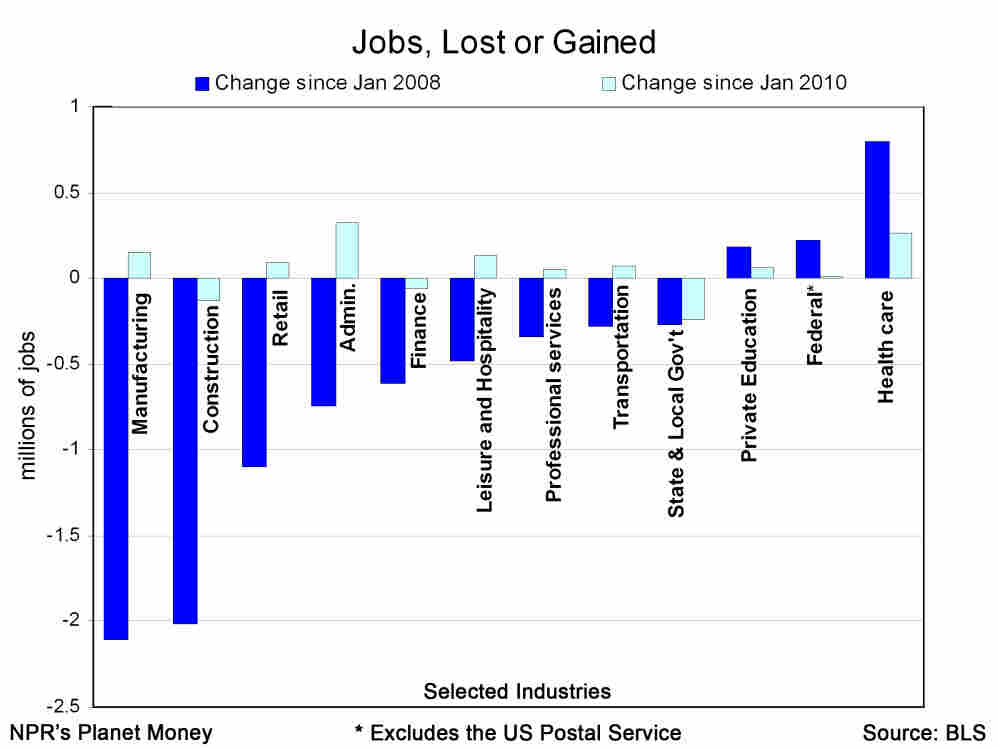 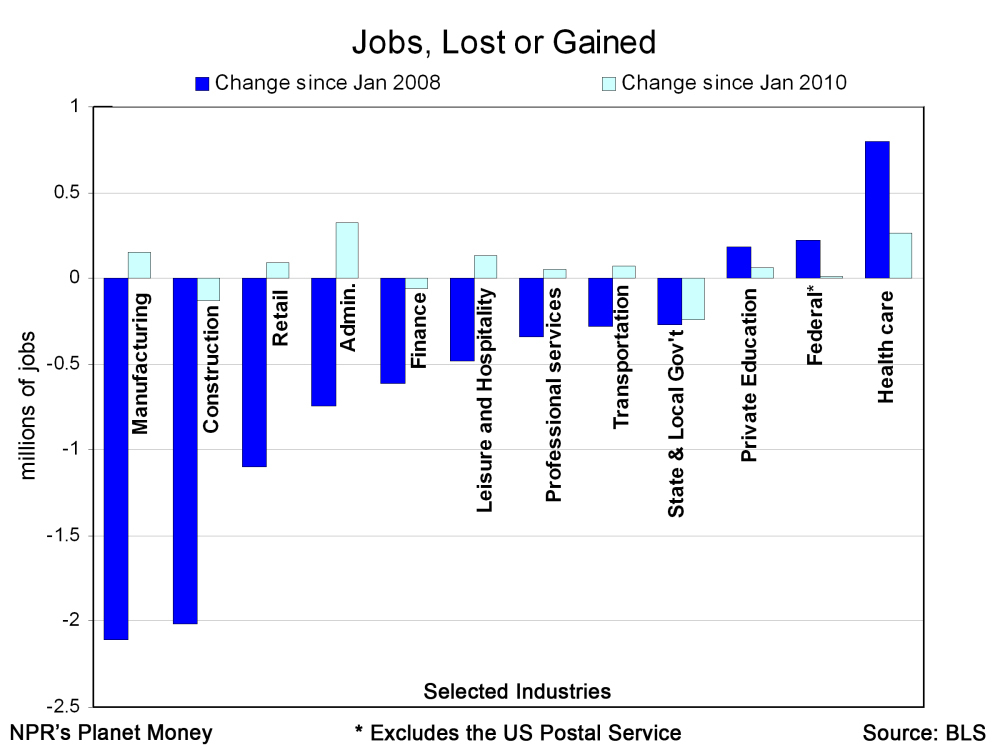 The graph above is useful for seeing how jobs were gained and lost across the economy.

But to consider what's been happening within individual sectors, it makes more sense to look at jobs lost or gained as a percentage of total jobs in each sector. That's what we do in the next graph. 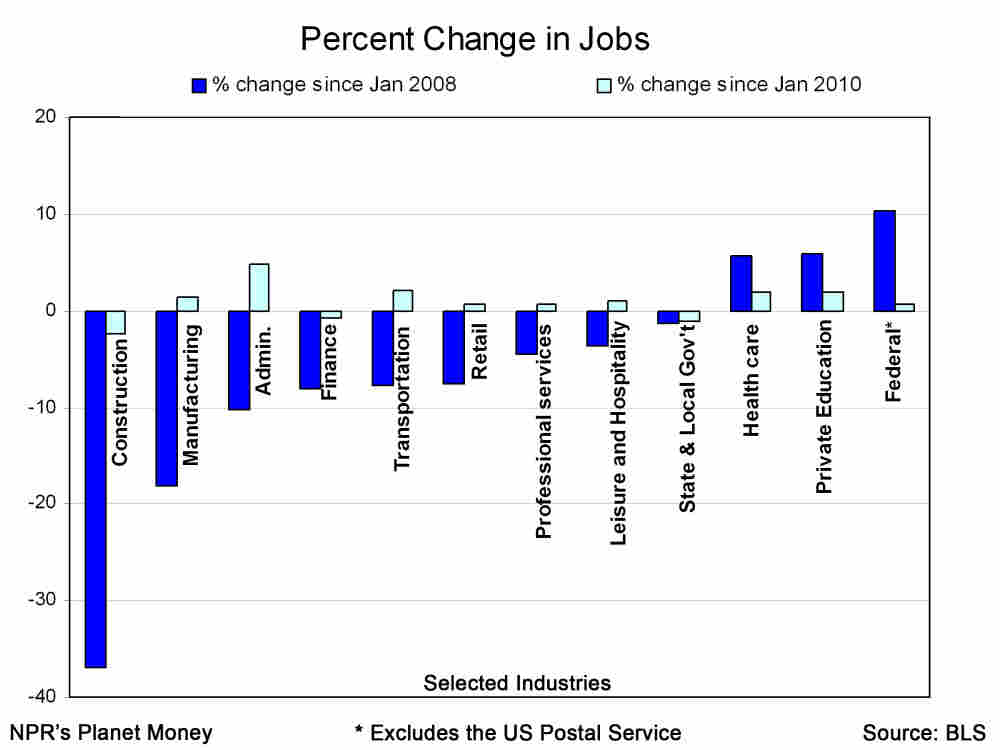 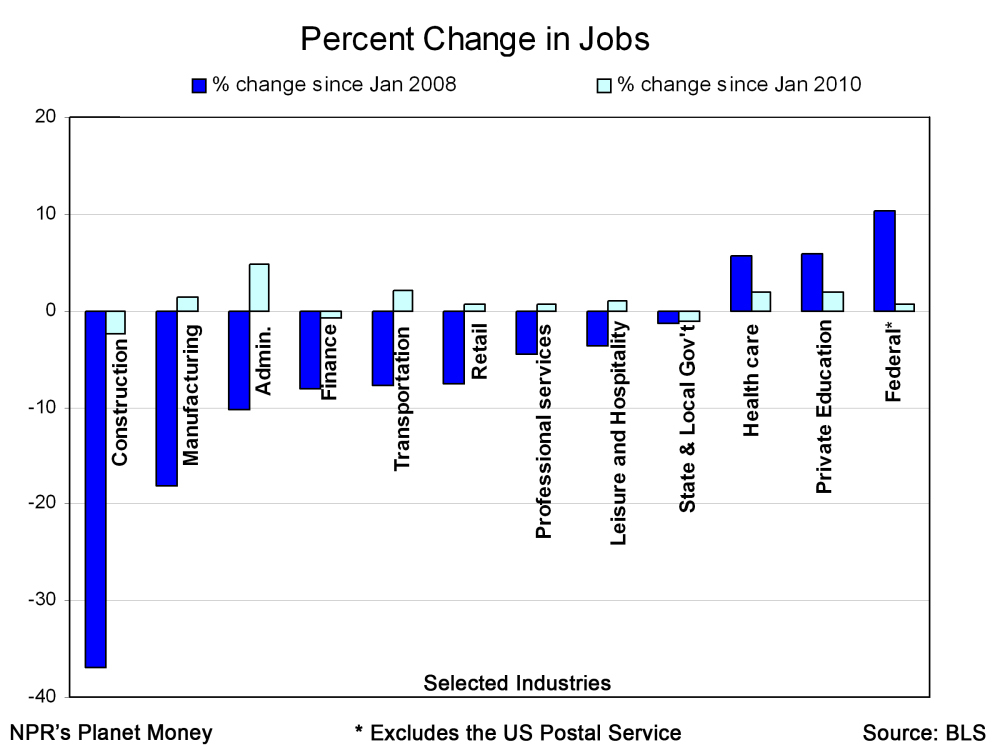 The final graph looks at how long unemployed people have been out of work. This is important, because the longer people are out of work, the harder it is for them to find a new job. Long term unemployment spiked as the jobs crisis took off. It's come down a bit since last year, but it's still very high by historical standards.