Accessibility links
Forged Letters, And Other Stories From The Trenches Of Financial Regulation : Planet Money As regulators write up new finance rules, the industry looks to wield influence any way it can.

Listen · 8:19 8:19
Forged Letters, And Other Stories From The Trenches Of Financial Regulation 8:19 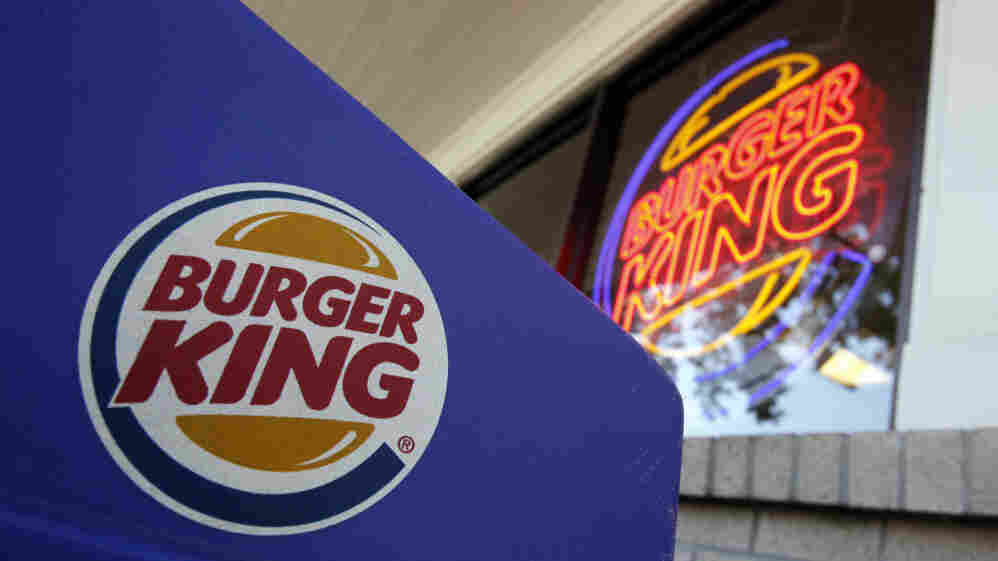 As part of the finance overhaul, the government's writing new rules to regulate derivatives. Anyone who wants to can send comments to the Commodities Futures Trade Commission, which is in charge of the new rules.

Silla Brush, a reporter with Bloomberg News, has been checking them out from time to time to see who is writing in. One morning last year, he saw a peculiar signature.

"The names are usually big banks on Wall Street, some financial institutions that are based around the world," he says. "I just hadn't seen Burger King."

Not even Burger King headquarters, but a Burger King franchise in northwest Arkansas. So Silla called them up.

"We had no idea what they were talking about," Brace says. "It was far beyond our usual areas of expertise. We were completely baffled."

The letter, it turned out, was a fake. Sill went on to find six more fakes, ostensibly from a sheriff, two lawyers, a mental health counselor and an Arkansas county judge, who does not sound like someone you want to cross.

"I don't like people signing my signature that doesn't have authorization to do so," says the judge, Marilyn Edwards. "Let's just put it this way: I was not happy."

I asked Edwards why someone would choose her for a forged letter.

Luckily, at this point, I can.

Last summer, one still unnamed company hired a PR firm to launch a "grassroots letter writing campaign" on derivatives reform. The PR firm hired a contractor, who hired a subcontractor in Arkansas. And instead of finding real people who care about derivatives — financial contracts tied to some other asset — the subcontractor went ahead and forged letters from grassrootsy sounding people.

Among the many strategies lobbyists are employing to influence regulators right now, this one is surely unusual. But the whole fiasco in Arkansas does tell us two things about where financial reform is right now.

The derivatives market is huge, and lobbyists are out in force working to influence the CFTC.

Most of them, though, are using a more straightforward tactic than sending forged letters. They just show up at meetings.

I recently went to a public hearing at the CFTC on derivatives reform.

Two regulators were sitting at the head of a big table, with eight people from the banking industry. This is a public hearing, but there seems to be no public in the room. And once you hear what they're talking about, you understand why.

They're talking about incredibly technical details. Like this question from David Taylor, a CFTC regulator:

"What turnaround time frame is needed for assignment of a UCI to an entity that seeks one?"

The meeting is mostly about how the CFTC can set up an exchange so derivatives can be traded publicly. At one point Taylor asks who would be good candidates to play a role in running the exchange.

All of the industry people at the table would love a role, but the room is quiet for a full minute before anybody says anything. Then, one by one, everybody at the table volunteers his services.

The informational hearing for regulators somehow turns into a job interview for banking people. Banking people who are advising regulators about writing the new rules, and who happen to have millions riding on the outcome of those rules.

Here's the thing. You ask both lobbyists and regulators about this conflict of interest and they will tell you it's not ideal, but of course it works that way.

"You can't possibly expect people in the government at all levels to understand all this stuff," says Tim Ryan, a lobbyist who represents many big Wall Street firms. "They're not market participants."

"We have a huge machine working on this, trying to give the regulators the content, the facts which we know many of them do not have."

"People have a right to representation," Chilton says. "I think the megabanks are more represented than others. But I certainly will meet with anyone who wants to meet with me."

The thing is, for the most part, regular people aren't calling up the CFTC for a meeting.

Tim Ryan, the bank lobbyist, says this is the most important part of the bank reform process — the part where regulators write the actual rules that will govern the system. It is this part of the process, he told me, that you really want to make sure your voice is heard.