Signs The Job Market Is Getting Less Bad

Signs The Job Market Is Getting Less Bad 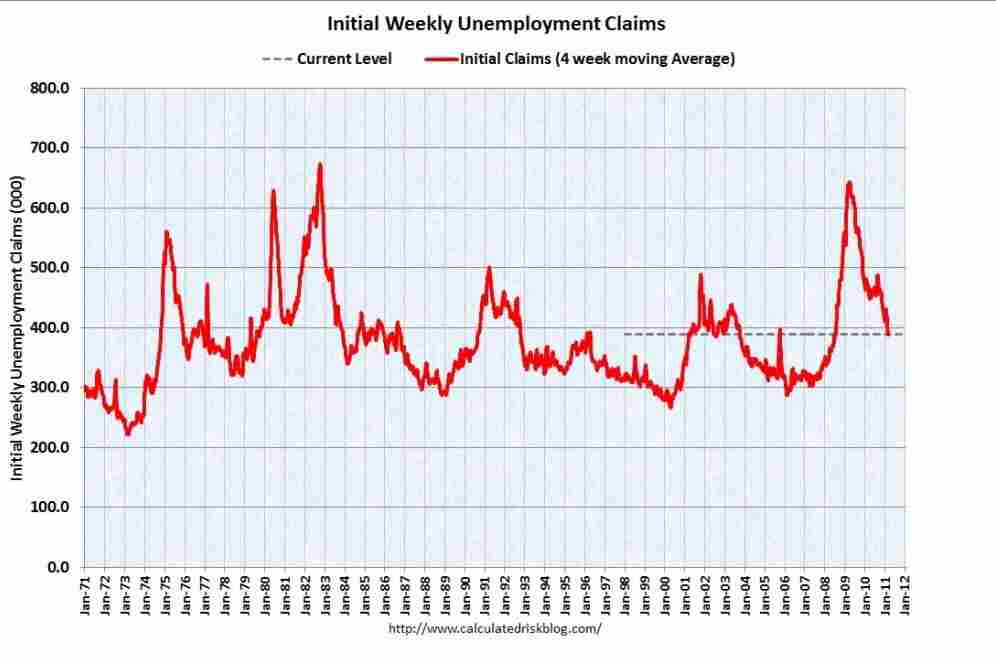 The job market is still bad. But it's showing signs of improvement.

The number of people filing initial claims for unemployment insurance has been falling consistently. The 4-week average — used to smooth out week-to-week jumps — just fell below 400,000 for the first time since July 2008.

At the same time, private-sector employment has been growing more quickly, according to the monthly reports from ADP.

Of course, all of these numbers will be overshadowed tomorrow morning, when the federal government releases its big monthly jobs report. So we'll have more on the jobs picture tomorrow.