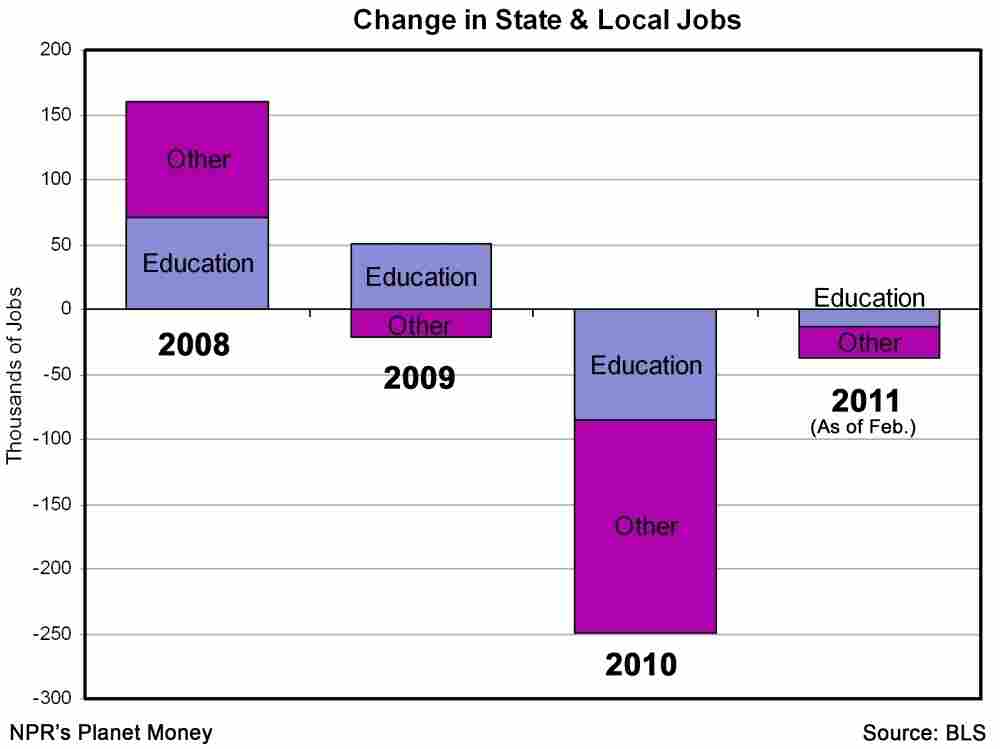 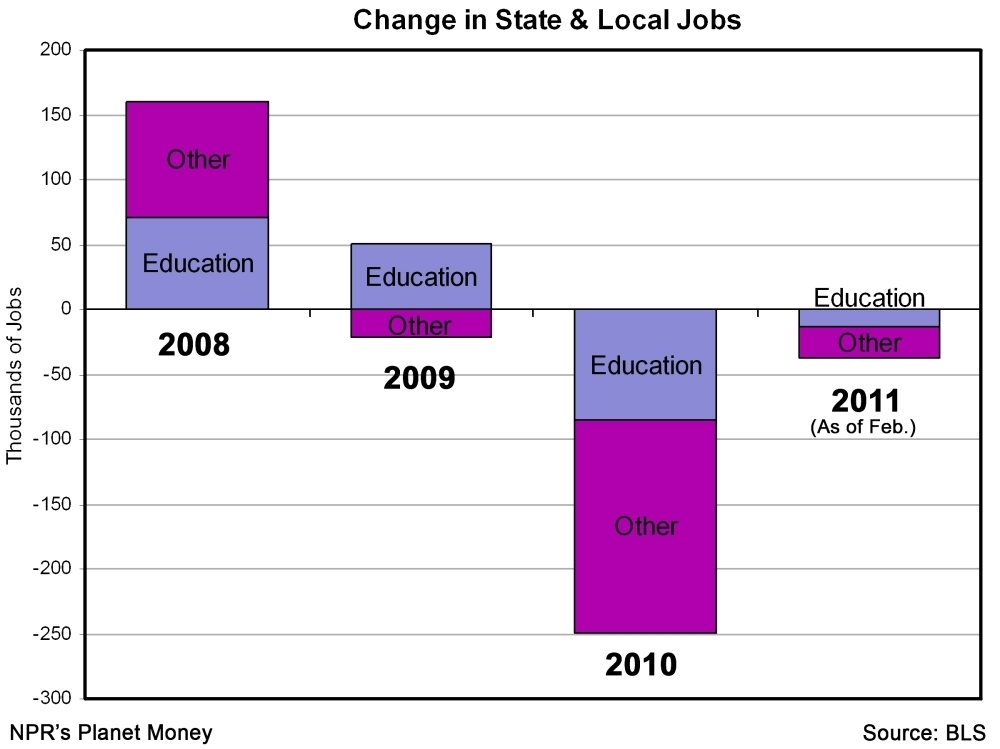 If you go back a few years, you see the opposite pattern: Throughout 2008, as the private sector was cutting jobs, states and cities kept hiring.

But over the past year, as the private sector has slowly started adding jobs, state and local governments have continued to cut month after month.

(But the way: Here's the full jobs report, out this morning from the federal government; here's an overview from the AP.)

The time lag between private and public-sector job cuts makes sense if you think about city and state finances.

In 2008, when private companies were cutting jobs, state and city budgets were still based on revenues from before the crisis took hold, so they were still able to hire.

But after the economy collapsed, tax revenues got hammered.

State revenues fell by about 12 percent in 2009, Ben Bernanke noted in a speech this week. At the same time, demand for state services grew, as more people found themselves out of work. State revenues crept back up last year, but only by 3 percent — not nearly enough to make up for the big drop in '09.

State revenues are particularly sensitive to economic downturns because they rely heavily on capital gains (the profit people make when they sell their investments). Capital gains are more volatile than income; they tend rise more during good times and fall more during bad times.

Unlike the federal government (which employs more people now than before the recession), states and cities often aren't able to borrow money to finance long-term deficits. So they've been raising taxes — and cutting jobs.

For more: To see how the number of jobs has changed over time across dozens of sectors of the economy, check out this page.