Accessibility links
Housing Bust: Five Years And Counting : Planet Money Sales of newly built homes hit a record low last month. And with over a million more repossessions predicted for this year, the troubles are likely to persist. 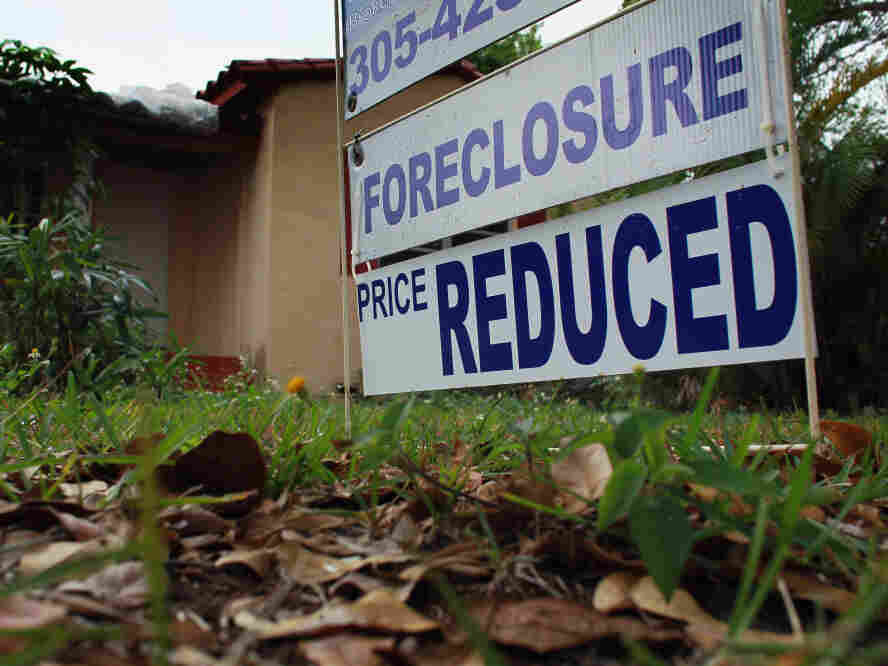 It's been five years — five years! — since home prices peaked.

And the bust is still grinding on: too many houses for sale, not enough buyers, falling prices.

Sales of newly built homes hit a record low last month, according to figures out today. Sales of existing homes also fell, according to numbers released on Monday.

At current rates, it would take more than eight months to sell all of the homes on the market. In an ordinary market, it's six months or less.

In other words, there's a glut of homes on the market. The glut is driven in large part by a wave of foreclosures.

Lenders repossessed a million homes last year, and are expected to repossess even more his year. After a bank repossesses a house, it goes up for sale — typically at a discount to similar houses that haven't been foreclosed on.

Mark Zandi has said the economy won't really feel healthy again until distressed home sales — which include foreclosures and short sales — fall back down to normal levels. He told us that may happen by the end of this year.

When distressed sales do start to fall, home prices will probably start rising again. But it could be years before prices to get back to where they were before the bubble burst.

One study published last year looked at several financial crises from the past century. The authors found that home prices typically remain below their previous peak for the entire decade following a crisis.