Accessibility links
Why Paying Bribes Should Be Legal : Planet Money Paying bribes should be legal — but accepting them should be illegal, an Indian economist argues. That would give people who are forced to pay bribes an incentive to blow the whistle on corrupt officials.

Why Paying Bribes Should Be Legal

Why Paying Bribes Should Be Legal 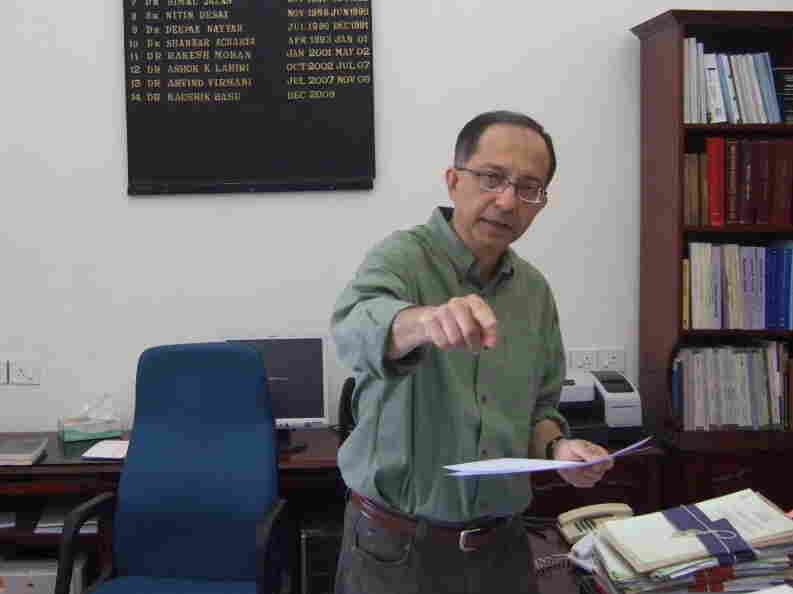 Say you have a tax refund coming to you.

You head down to the local government office to pick up your check. But when you get there, the clerk says you can't have the refund — unless you pay him a bribe. So you pay the bribe, and the clerk gives you your refund.

Both you and the clerk have just committed a crime, according to Indian law.

It should be legal to pay this kind of bribe — but illegal to accept it, Basu argues in a recent paper. What's more, the corrupt official should have to repay the bribe if he gets caught.

once a bribe is given, the bribe giver and the bribe taker become partners in crime. It is in their joint interest to keep this fact hidden from the authorities and to be fugitives from the law, because, if caught, both expect to be punished.

But if the law were changed as Basu suggests,

once a bribe is given and the bribe giver collects whatever she is trying to acquire by giving the money, the interests of the bribe taker and bribe giver become completely orthogonal to each other.

Update: Several commenters raised questions about my gloss of "orthogonal." So I emailed Basu to ask him how he was using the word here. His answer: "Orthogonal interests are interests pulling in opposite directions."

So let's go back to the scenario where you're owed a tax refund and the clerk demands a bribe.

In Basu's world, you pay the bribe and get your refund. Then you go to the authorities and report the clerk who collected the bribe. If the clerk is convicted of taking the bribe, he has to pay you back, and faces additional penalties. You get your money back, and you face no charges.

Of course, the clerk knows that you have this incentive to report him. So, Basu argues, he'll be less likely to demand the bribe in the first place. These kinds of bribes, which Basu says are currently "rampant" in India, will become much less common. (For thousands of examples, see ipaidabribe.com.)

There are a bunch of caveats.

This whole thing would only work if there were a reasonably effective judicial system that could hold corrupt officials accountable.

Even if that were the case, such bribes wouldn't disappear altogether. Some people who pay bribes to government officials all the time might still keep mum, to maintain their good relationships with the officials, Basu says.

What's more, the new law would create a new problem: people would have an incentive falsely accuse government officials of taking bribes. (Basu suggests beefing up the penalties for making such false accusations.)

For More: We talked to Basu for our podcast last year, "India's Economy Is Booming, But Not For Everybody."

And for more on bribes in India, read our post, "How An Indian Entrepreneur Learned To Love Paying Bribes"