Accessibility links
Standard And Poor's Warns: Fix Deficit, Or Else : Planet Money The big ratings agency S&P is getting nervous about the United States' ability to pay its debt. Its message: If the U.S. doesn't get its act together in the next few years, other countries may be safer bets.

S&P Warns: Fix The Deficit, Or Else

S&P Warns: Fix The Deficit, Or Else 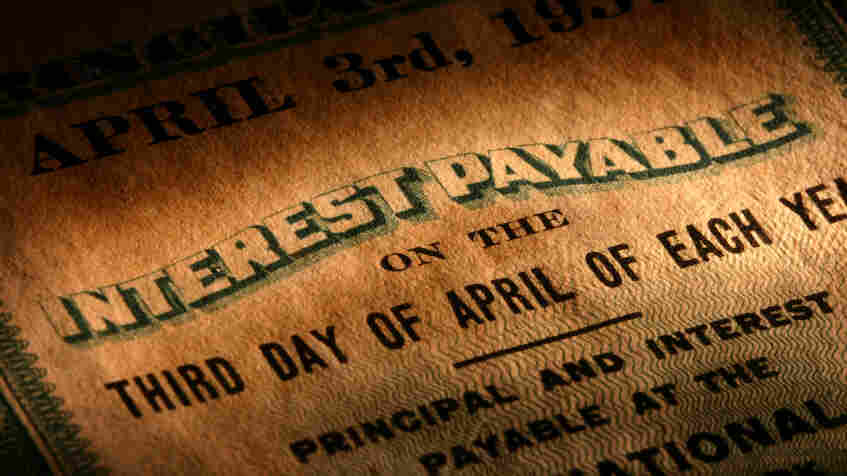 Standard & Poor's, a big ratings agency, is getting nervous about the United States' ability to pay its debt.

The agency lowered its outlook for the U.S. to negative this morning. That's essentially a warning.

It means that the U.S. is still a super-safe country to lend money to, in S&P's view. But if the U.S. doesn't get its act together in the next few years, that will change. (Here's a PDF of the full report from S&P.)

This doesn't have anything to do with the short-term budget fight going on in Washington right now (the almost-shutdown from earlier this month, and the looming debate over the debt ceiling).

But it has everything to do with the debate over long-term deficits, which will be driven largely by the rising cost of Medicare and other government health-care programs. In the past couple weeks, the Republicans (via Rep. Paul Ryan) and the Democrats (via President Obama) have released plans to deal with these long-term deficits.

S&P, in its note this morning, doesn't take sides. The agency basically says, you guys better work out some kind of deal in the next year or two. Because if you don't, there will be other countries that are a safer bet to lend money to.

This is a big deal.

U.S. government debt (Treasury bonds, notes and bills) is regarded as one of the safest investments on the planet. Insurance companies, foreign governments, banks and other big institutions around the world use Treasurys like ordinary people use savings accounts — a place to park money you don't want to lose.

When people talk about the "risk-free rate" for investments, they typically look at the interest paid by U.S. government debt. And when investors get scared (say, during a giant financial crisis) they buy Treasurys.

So if that changes — if S&P decides a few years down the line that other countries are a safer bet than the U.S. — it would have huge repercussions.

It would mark a shift away from the pre-eminence of the U.S. (and the dollar) in the global economy.

Big institutions would look to other countries (Germany, say) when they wanted to park their money somewhere super safe.

And the U.S. would have to pay a higher interest rate to borrow money. So the country would have to spend more money on interest payments and less on everything else.