Accessibility links
Ticketmaster To Scalp Its Own Tickets : Planet Money When everybody wants a seat, the price of a ticket may rise. When there are lots of unsold tickets, the price will fall. This strategy makes simple economic sense, but it also poses some risks.

Ticketmaster To Scalp Its Own Tickets

Ticketmaster To Scalp Its Own Tickets 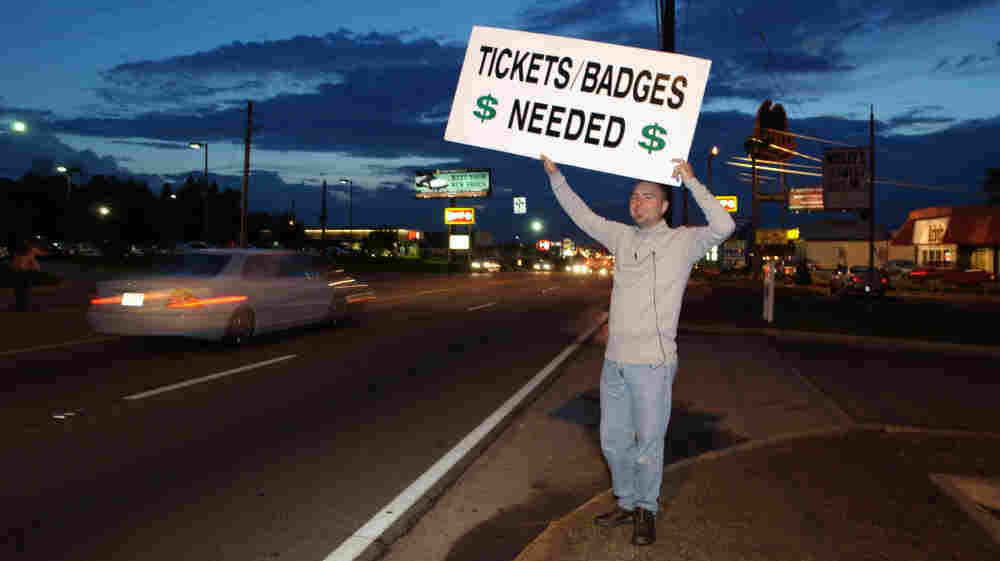 Tons of people re-sell concert tickets on sites like StubHub and Craigslist by following a basic economic rule: Prices should rise and fall constantly, depending on demand.

Ticketmaster wants in on the action. So later this year, the company will introduce variable pricing. For shows where everybody wants a seat, the price of a ticket may rise. When there are lots of unsold tickets, the price will fall.

In other words, Ticketmaster is looking to cut out the scalpers by scalping its own tickets.

Key quote from Ticketmaster's chief exec, via the LA Times:

...our clients will be able to retain economic value that is normally siphoned off by the secondary market, and to sell more of their tickets that go unsold today.

Translation: Musicians and concert venues will get the money that scalpers now collect when they re-sell tickets at high prices. And venues will be able to unload unsold tickets at the last minute by lowering prices.

But putting this into practice could be complicated.

"When you're talking about a concert ticket, it's about an artist," Marie Connolly, an economist who has studied the music industry, told me. "There's this weird emotional relationship that comes into play here."

A concert ticket isn't a cold, calculated exchange between two people who are never going to interact again. It's one transaction in what is typically long-term commercial relationship between the musician and the fan.

So in the long-term, it may be in the musician's economic interest to sell tickets at a price that's lower than the absolute maximum the market will bear, Connolly said. That way, fans still have warm, fuzzy feelings about the musician — and keep coming back for more.

Read "Rockonomics: The Economics Of Popular Music," by Marie Connolly and Alan Krueger.