Accessibility links
Why Japan Will Bounce Back : Planet Money "One of great things about modern economies is they have tremendous redundancy, resilience, robustness in the face of damage," an economist says. 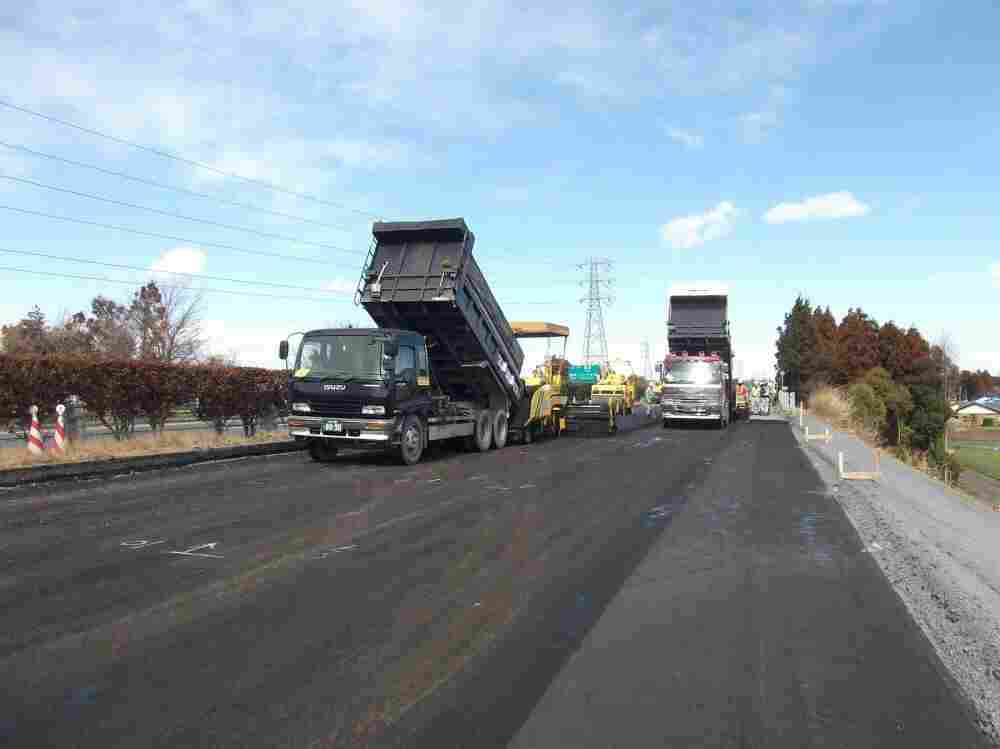 Road crews rebuild a highway damaged in the earthquake. via Nexco hide caption

It's not that there aren't economic disruptions from the earthquake in Japan.

Two of Japan's major industries — electronics and auto manufacturing — both had some factories in the region where the earthquake hit.

Shinichi Sato works for Hino Motors, which makes trucks and buses in Japan. Hino also puts together axles for some Toyota vehicles. Their operations were shut down all last week, and the beginning of this week.

"This is not only Hino," Sato says. "All the automobile companies" are in the same situation.

There have been power outages. And now worries they might run out of parts, some of which were made in the area. A single truck can require thousands of different parts, so a shutdown at one plant can have wide ripple effects.

So, how will Japan do?

The country, painfully, has been through something like this before. In 1995, an earthquake hit Kobe. In addition to the human toll, Kobe was a major industrial area.

"It was a great international port, they had 35 containerized berths," says Arthur Alexander, an economist at Georgetown University. "They were all knocked out of commission. There were the toppled freeway overspans that just came down. The railroads were twisted messes."

But, for all that, a lot of traffic found other routes.

"It turns out, further inland there were other transportation networks that survived," Alexander says. "So lot of the traffic was simply shifted over to those other arteries."

If you look at a graph of Japan's GDP for those years — the country's economic output — you can't even tell the Kobe earthquake happened. The economy just kind of rewired itself.

"One of the great things about modern economies is they have tremendous redundancy, resilience, robustness in the face of damage," Alexander says. "You couldn't plan it better, but it happened kind of automatically."

The Japanese economy has been stagnant for about two decades, and the Japanese government has substantial debt — partly from years of government spending to try to stimulate the economy. Rebuilding will mean budget cuts, or higher taxes, or more debt.

But, for all its problems, the Japanese economy is gigantic — about $5 trillion a year. So most economists don't see rebuilding from the quake as a major additional burden.