Accessibility links
Studies: Rich Don't Flee High-Tax States : Planet Money Governors in both parties worry that high taxes on the wealthy may prompt them to move. But the evidence suggests otherwise. 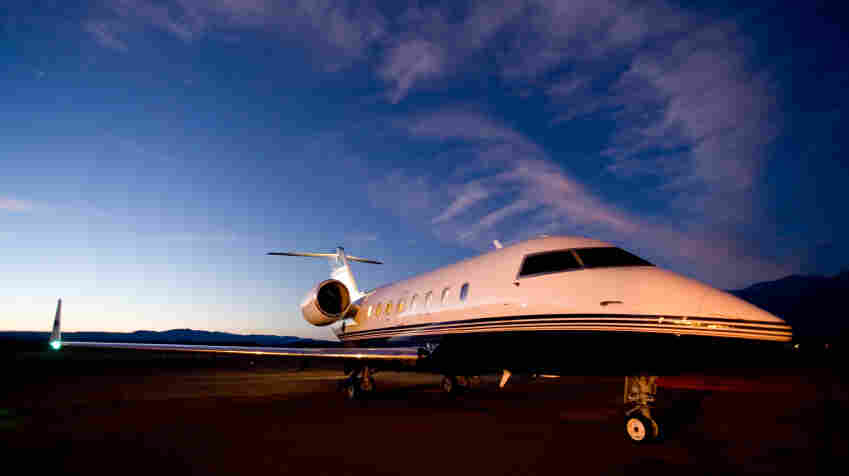 When New Jersey Gov. Chris Christie was presented with a new state tax on the wealthy, he vetoed it. He said:

You're not going to fix this tax situation by continuing to load more and more taxes onto people who have both the ability to leave the state and the inclination to leave the state if they feel as if they are being treated unfairly.

It's not just Christie. Democratic governors in New York and Maryland recently dropped extra taxes on the wealthy from their budgets, citing the same concerns.

But two new studies show there is little evidence that the rich flee high-tax states.

"Taxes [have] essentially no impact on causing people to leave a state," says Jeff Thompson, of the Political Economy Research Institute at the University of Massachusetts, Amherst.

In a study tracking 18 years of migration between states in New England, Thompson found that people mostly move for job-related reasons. They go where the jobs are, regardless of whether it's low-tax New Hampshire or higher-tax Maine.

And Thompson says the stickiness of where you live is just as strong for those with higher incomes. In fact, they often have bigger houses, and businesses they can't move, and more ties to a community.

So why the persistent idea that the rich are ready to pack up at a moment's notice if state taxes get bumped up?

Part of it is the power of anecdotes.

People move all the time. People complain about taxes all the time. And sometimes those people are famous economists — like, say, Arthur Laffer.

"I left California and I moved to Tennessee, because Tennessee has no income tax," Laffer tells me.

Laffer is famous in part for the Laffer Curve, which describes the way higher taxes can cause people to work less, which in turn can lower the amount of tax revenue the government takes in.

"Those states with no income tax have grown a lot, lot faster than those with the highest income tax rates," Laffer says. "So it's not just the rich who move. But the businesses move as well, and then the workers go with them."

But just because there are people moving out of New York and California and New Jersey, you can't automatically blame taxes. A lot of those low-tax states have sunny weather, cheap land and relatively healthier economies. It's a complex equation.

What researchers needed was a natural experiment to tease out the influence of taxes. And they found just such an experiment, in Chris Christie's home state of New Jersey.

Varner compared people who were just under the line for the new tax — who made, say, $400,000 a year — with those who suddenly had to pay more taxes.

According to Varner's study, both groups moved away from New Jersey at the same rates.

"The effect on migration is minimal," he says.

The audio and a previous Web version of this story incorrectly said that New Jersey increased taxes on high earners in 1994. The increase was actually in 2004.