Accessibility links
The Upside Of A Weak Dollar : Planet Money "Weak dollar" doesn't have a nice ring to it — particularly if you have a bank account full of dollars. But a weaker dollar is good for U.S. exports, which are key to economic growth.

The Upside Of A Weak Dollar

The Upside Of A Weak Dollar 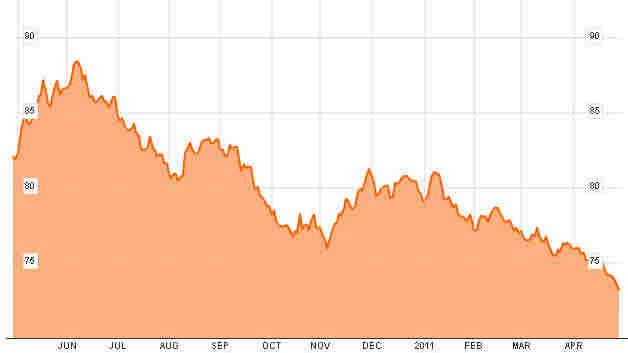 The dollar index tracks the value of the dollar relative to other major currencies. via Bloomberg News hide caption

"Weak dollar" does not sound good — particularly if you have a bank account full of dollars. But the dollar is indeed getting weaker. It's been falling all year, and it hit a new, post-crisis low today.

In simple terms, this means that a dollar (or $10, or $100) doesn't buy you as many euros (or British pounds, or Japanese yen) as it used to. In more practical terms, it means that imports are more expensive, which tends to drive up inflation over time.

But despite the falling dollar, U.S. inflation is still pretty tame by historic standards. Prices have risen less than 3 percent over the past year (that's total inflation, including food and energy prices).

What's more, there's a big upside to a weak dollar: It makes U.S. exports cheaper, which encourages people and businesses around the world to buy more of our stuff. Increasing exports is key to increasing U.S. economic growth without relying too heavily on domestic consumer spending.

In fact, lots of countries around the world want to have weaker currencies.

The U.S. is often on China's case for keeping its currency too weak relative to the dollar, in order to boost exports.

There's a good argument that troubled European economies like Greece and Portugal would be better off right now if they could make their currency weaker,which would make their exports more competitive and boost domestic employment.

And when Brazil's finance minister spoke of a "currency war" last year, he was talking about countries around they world fighting to make their currencies weaker.Those countries saw a weaker currency as a key step toward continued export growth and broader economic health. 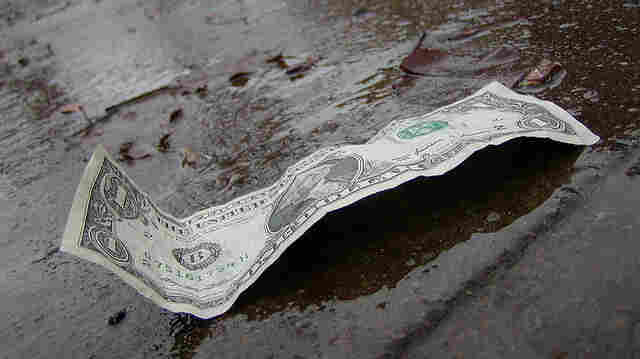