Accessibility links
Freeway Rick Ross On The Economics Of Drugs : Planet Money Do economists' theories about drugs hold up in the real world? To find out, we asked "Freeway" Rick Ross, one of L.A.'s biggest crack dealers in the '80s and '90s. 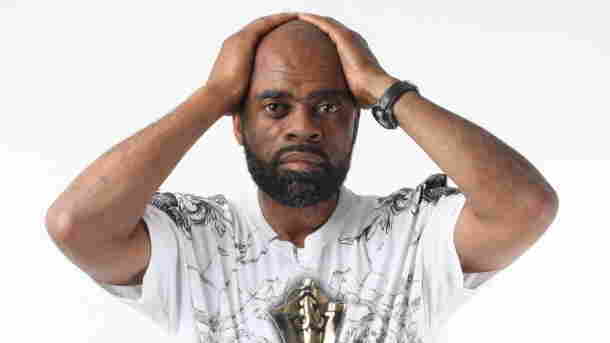 The academic argument against drug criminalization goes like this.

When you make a drug illegal, you make it harder and riskier to produce. That makes it more expensive.

But demand for many drugs is what economists call inelastic: No matter what drugs cost, people will still pay. So making drugs more expensive through criminalization just sends more money to drug dealers.

To test the claims of the academic theory, I spoke with "Freeway" Rick Ross, one of L.A.'s biggest crack dealers in the '80s and '90s. Ross was arrested in 1996, and paroled in 2009. So he's a perfect real-world test for the academic theories.

First, I asked him about claim number one: Making drugs illegal drives up the price.

Ross told me that he once grossed $3 million in a single day.

"When I sold drugs, if they'd told me they were going to legalize it, I'd have been mad, because I knew that was going to drive the price down," he said.

Next up, claim number two: When drugs are illegal, criminals get rich.

"I had guys around me that were ruthless and were tough," Ross said. "If I gave the word, they would hurt you."

And Ross's money wasn't just going to his own crew. He'd also hand out cash to other players around the neighborhood.

"I had a fund where I'd take care of what's called the big homies, the shot callers, the guys that ran the neighborhood," he said. "Because you know, they kidnap drug dealers in South Central. ... They were robbers, they were killers. Jackers, as we called them."

These days, Ross says he's trying to undo all the harm he did to his community by selling crack. He talks to schools and youth groups. He says a big part of the reason he got into drug dealing in the first place is that he was illiterate. (He learned to read in prison.)

Talking to Ross, you realize there was another incentive that doesn't always show up in the economics literature. At least when you get to Ross's level, drug dealing is not only lucrative; it's complex and engaging.

Ross was a CEO, a manager, a publicist, an accountant. Society had done everything it could to make Rick Ross hate his job and give up. His product was illegal. His costs were enormous. He was a hunted man.

And yet, he says:

I loved it. I felt like I was on top of the world, I felt I was powerful. ... It was every man's dream to be free. ... You love the feeling that you're good.

So does all of this mean, we should legalize drugs like crack and heroin? If we really wanted to make the Freeway Rick Rosses of the word miserable, we'd take away their earning potential.

And some of the economists I spoke to said, yes: Make them legal.

Other economists weren't so sure. Peter Reuter has written many, many pages on the topic of drug criminalization. And he says, if you legalize drugs, sure, crime would go down. But drug use would go up.

"How do we compare the bad outcomes in the two cases — a very large increase in addiction, with a very large decrease in crime?" he says. "I take them both to be real, but I don't know ... which is better."

That choice is a value judgement, he says.

Listen to our podcast, "A Former Crack Dealer On The Economics Of Drugs"