Accessibility links
What Does It Mean To Be A Millionaire? : Planet Money Is it someone with $1 million in assets, or someone who makes $1 million a year? There's a big difference.

What Does It Mean To Be A Millionaire?

What Does It Mean To Be A Millionaire? 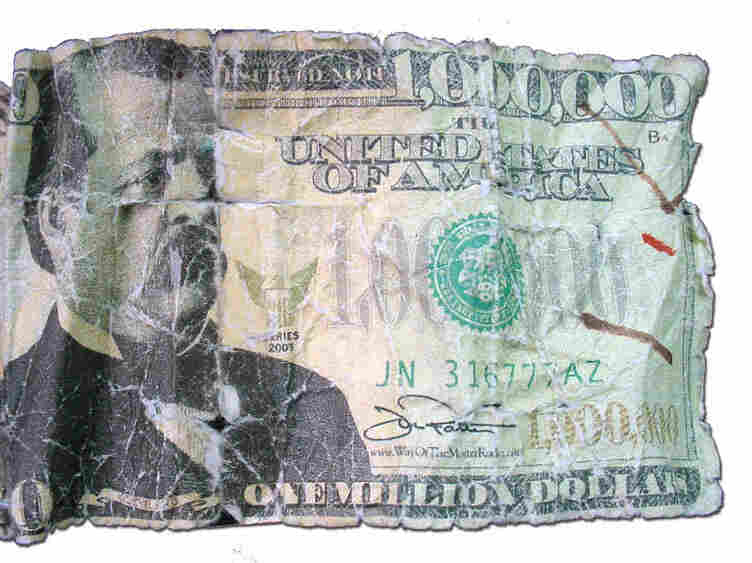 Imagine a 65-year-old single woman with $1 million in the bank. She's a millionaire! But what does that mean?

Suppose she wants to turn her money into a steady income stream for retirement.

Or she could buy an annuity. For $1 million, she could get an annuity that would guarantee her about $71,000 a year for life.

That's comparable to what a middle-class professional with a good pension plan might expect (though the annuity won't increase with inflation). It certainly isn't enough to live the high life we used to associate with millionaires.

That may be why the definition of "millionaire" seems to be changing.

Traditionally, the word meant someone with assets worth $1 million or more.

Lately though, I've been seeing "millionaire" used to mean someone who makes more than $1 million a year. That's what politicians mean when they talk about a "millionaires' tax."

There's a big difference between these two definitions; people people who make $1 million a year are much more elite group.

Only one in every 400 U.S. households makes more than $1 million a year. But one out of every 15 U.S. households has at least $1 million in assets. (This measure includes things like stocks, bonds and investment properties, but it doesn't count equity in the home you live in.)

So shifting the meaning of the word away from assets and toward annual income is effectively redefining "millionaire" up the economic ladder.

That makes sense, given that a casual meaning of millionaire is "any very rich person" — and having $1 million in the bank doesn't make you nearly as rich as it used to.

Even 50 years ago, $1 million was worth a lot more than today: In 1961, $1 million had the same buying power as $7.5 million today. And the use of millionaire goes back hundreds of years.

So to convey the traditional meaning of the word millionaire, we'd need a word that means, say, "someone with $10 million in assets." But "decamillionaire" just doesn't roll off the tongue.