Accessibility links
The Post Office Is About To Go Bust : Planet Money The U.S. Postal Service can't shrink fast enough. Its revenues are falling and its losses are rising as mail migrates to the Internet. 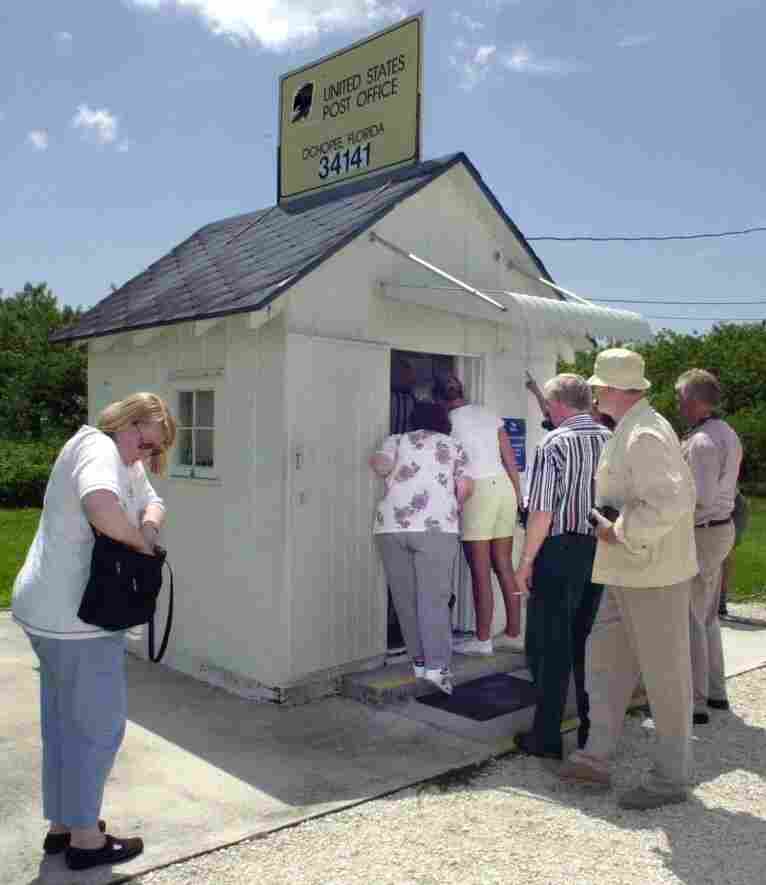 The U.S. Postal Service can't shrink fast enough. Its revenues are falling and its losses are rising as mail migrates to the Internet.

The Postal Service is supposed to be financially self-sustaining, but it has already borrowed $12 billion from the Treasury. The agency has said it can't come up with the $5.5 billion it's required to put into a health-care fund for future retirees this year.

It may get a pass from Congress that allows it to put off its payment to the health-care fund. But even so, the outlook is bleak.

This week's Bloomberg Businessweek has a good overview of the troubles facing the post office. Here are a few key excerpts.

The USPS is a behemoth:

The USPS has 571,566 full-time workers, making it the country's second-largest civilian employer after Wal-Mart Stores. It has 31,871 post offices, more than the combined domestic retail outlets of Wal-Mart, Starbucks, and McDonald's. Last year its revenues were $67 billion, and its expenses were even greater. Postal service executives proudly note that if it were a private company, it would be No. 29 on the Fortune 500.

It hasn't been able to cover its annual budget since 2007, according to Businessweek. But its ability to shrink is limited.

Here are the cuts the postmaster general, Patrick Donahoe, is aiming for:

[He] wants permission from Congress to cut weekly delivery from six to five days, which he says will save $3 billion a year. He says he wants to reduce the USPS's headcount by 20 percent over the next five years through attrition; the agency's union contracts prohibit layoffs.

Donahoe wants to close post offices and move some of their operations into convenience stores and supermarkets, where nonunion workers can staff them. The USPS is targeting 2,000 of its 31,871 post offices. That's not much for an agency that's nearly $15 billion in debt. Donahoe says he's doing what he can, despite a federal stricture that forbids the closing of post offices solely for economic reasons.

Many countries closed as many of their brick-and-mortar post offices as possible, moving these services into gas stations and convenience stores, which then take them over—just as the USPS is trying to do now, only far more aggressively. Today, Sweden's Posten runs only 12 percent of its post offices. The rest are in the hands of third parties. Deutsche Post is now a private company and runs just 2 percent of the post offices in Germany. In contrast, the USPS operates all of its post offices.